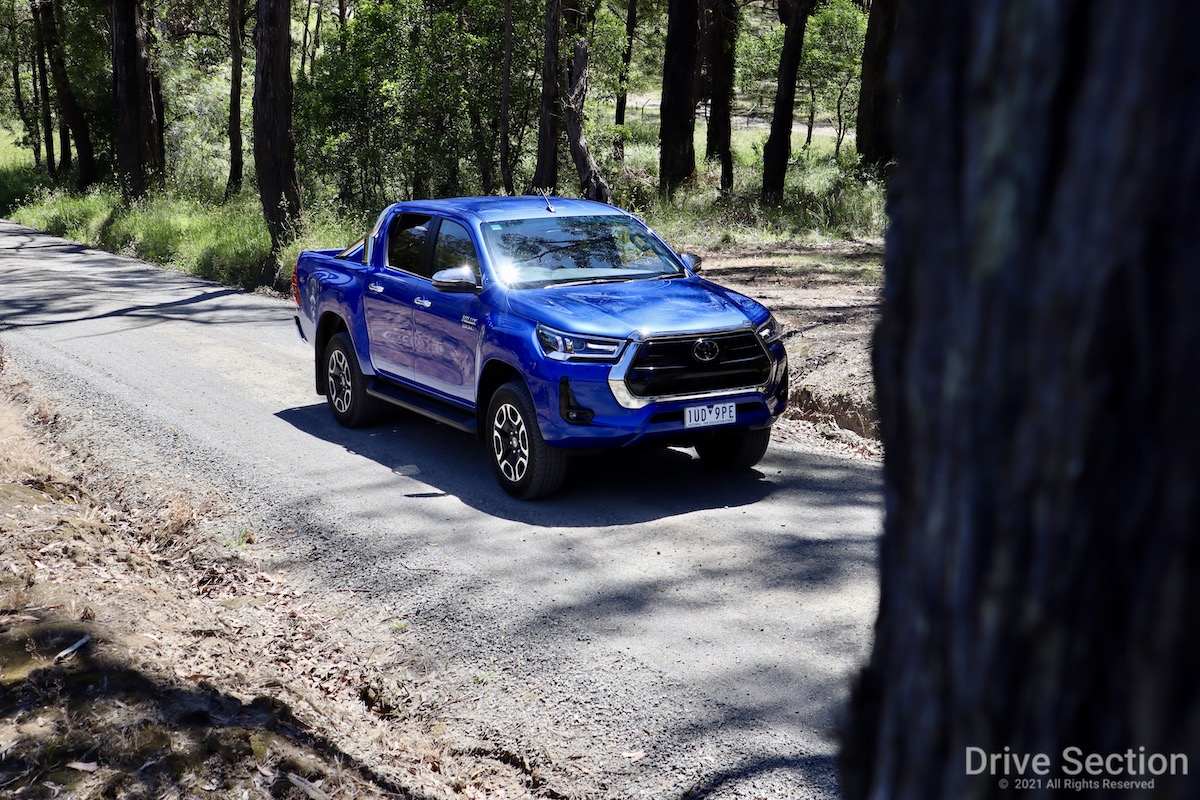 The 2022 Toyota HiLux may be unbreakable, but is it unbeatable? We put the SR5+ variant to the test to find out.

Toyota sold almost 53,000 HiLuxes in Australia in 2021 making it the nation’s best-selling vehicle for the sixth year in a row. However, having spent a week with the new 2022 Toyota HiLux SR5+, I cannot figure out why that is the case.

The regular SR5 is marketed as something approximating Toyota’s premium HiLux model, and the optional SR5+ package (charging an additional $2500) aims to up the ante further with leather upholstery, heated front seats, and a power driver’s seat. All up, the SR5+ is yours for $63,180 before on-road costs.

Being an SR5 with a few extras thrown in, the SR5+ comes equipped with all the regular car’s options that differentiate it from lesser, peasant-spec HiLux models.

However, the moment you step into the utilitarian cave that is the SR5+’s cabin, all notions of luxury and class are dispelled. The proletarian interior hosts more hard plastic than a Tupperware convention, and while it feels incredibly robust, it’s jarring considering the nigh-on $60k price tag.

The instrument binnacle hosts a centred 4.2-inch multi-information display flanked by a couple of analogue gauges. It’s easy enough to read, but it is disappointing considering the new Ford Ranger will arrive with a fully digital instrument display – at least in higher trim levels.

I doubt this will faze the Toyota faithful, though. I took a tradie mate for a drive in the SR5+ and he could hardly contain his excitement when he found out it came with “the new digital dashboard.” I didn’t have the heart to tell him that said dash was nothing more than a diminutive LCD display.

The SR5+ also comes with an 8-inch colour touchscreen display that allows Bluetooth connectivity, satellite navigation, and DAB+ digital radio. It also comes with Apple CarPlay and Android Auto – allegedly. No matter what I did, I could not get CarPlay to work.

This meant I was stuck using Toyota’s abysmal standard system with its archaic graphics and underwhelming satellite navigation. Had it been released ten years ago, it still would have been considered sub-par. You’re better off using a physical street directory for directions.

The leather seats offer fine support, but I found myself wincing every time I set my head against the unyielding headrest. Headroom is ample in both the front and rear, though.

The four-cylinder is a noisy unit, but you do get the sense that you could set it on fire and it would still keep running perfectly fine.

My tester had a six-speed automatic transmission – a six-speed manual is also available – and came paired with dual-range four-wheel drive.

Off-road, the HiLux is unstoppable. While I didn’t push it to its limits, it shrugged off mild off-roading with ease. I remember approaching one particularly steep incline that had me sweating bullets, but I needn’t have worried – it scaled it without even a hint of wheel-spin.

I’m pretty sure it scoffed at me for my lack of faith afterwards. The steering does buck a bit when crossing rough terrain, though, so keep your thumbs outside the wheel, kids – this mule can kick.

The 2022 Toyota HiLux SR5+ also features a rear diff lock and Downhill Assist Control to help tackle all but the most pressing of situations.

That said, objectively, the on-road driving experience is rather underwhelming. The steering is vague and lifeless, the gearbox is slow and dim-witted, and the rear suspension is incredibly rough – at least with an empty tray.

It simply refuses to soak up imperfections in the road, instead, transmitting every bump and road imperfection straight to the driver’s lower back. On a short drive, it’s uncomfortable; on a long trip, every bump becomes a sucker punch to the kidneys.

And yet, despite this, I had fallen somewhat in love with driving the thing by the end of my week with it. The HiLux is an impenetrable fortress of a car. The combination of a high-riding driving position, effortless torque and go-anywhere prowess is an intoxicating concoction that imbued me with a sense of confidence, unlike anything I have experienced before.

Yes, it turned me into what you might consider the typical suburban ute driver. The SR5+ doesn’t just carry tools in the tray – it carries them in the driver’s seat, too.

Toyota claims an official combined consumption of 8.4L/100km, but my real-world use returned 9.8L/100km after over 800km of mixed driving.

Safety is good, but not stand-out. A five-star ANCAP and standard inclusion of a pre-collision safety system, lane departure alert, and high-speed active cruise control are welcome inclusions, but it missing out on blind-spot monitoring and rear cross-traffic alert is a disappointment.

The 2022 Toyota HiLux SR5+ might an impressive workhorse and off-roader, but the poor ride and clumsy transmission certainly let it down as a daily driver.

However, it’s so confidently rubbish that you cannot help but learn to love the HiLux in spite of its foibles – it really does work its way into your heart. An endearing and honest piece of kit, the HiLux has something missing in most modern cars: character. That’s something that still matters.

In a nutshell: The 2022 Toyota HiLux SR5+ may be unbreakable, but poor on-road manners, a sub-par interior, and missing safety tech prove that it isn’t unbeatable.

Full Disclosure: The vehicle tested here was provided by Toyota Australia for seven days, with all fuel and toll expenses covered. 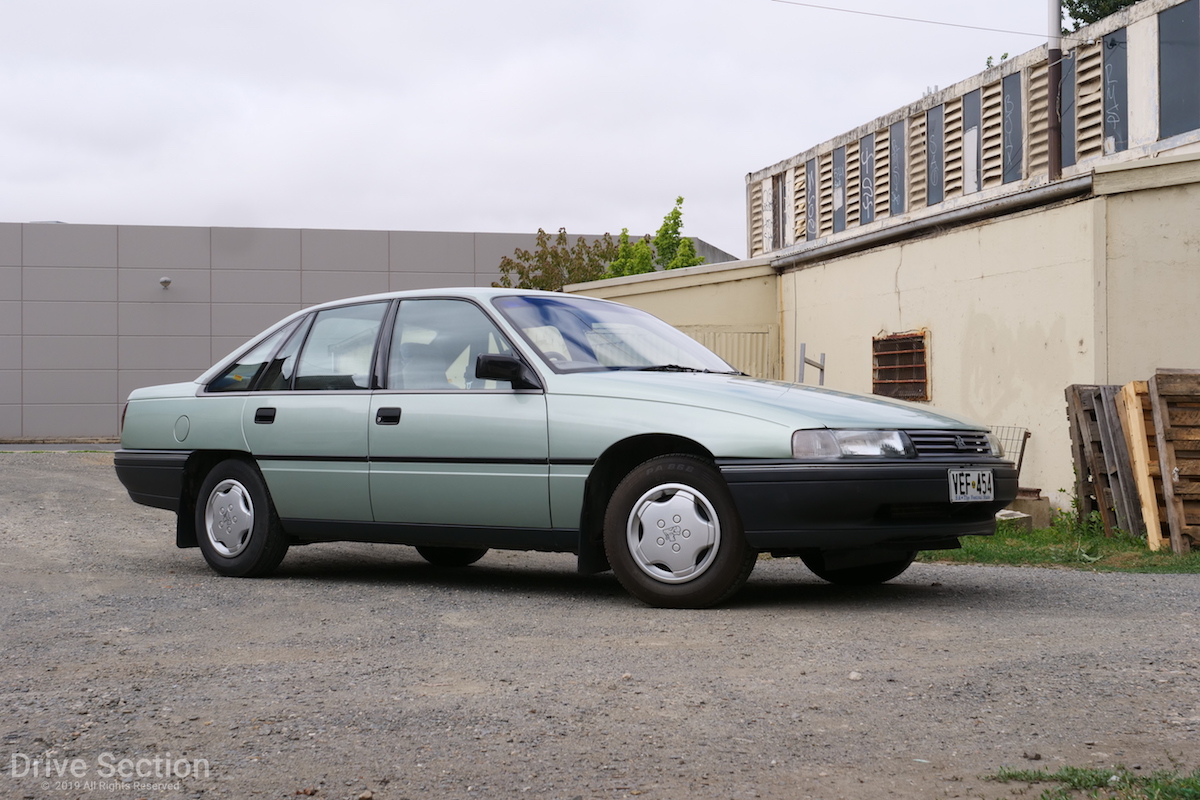