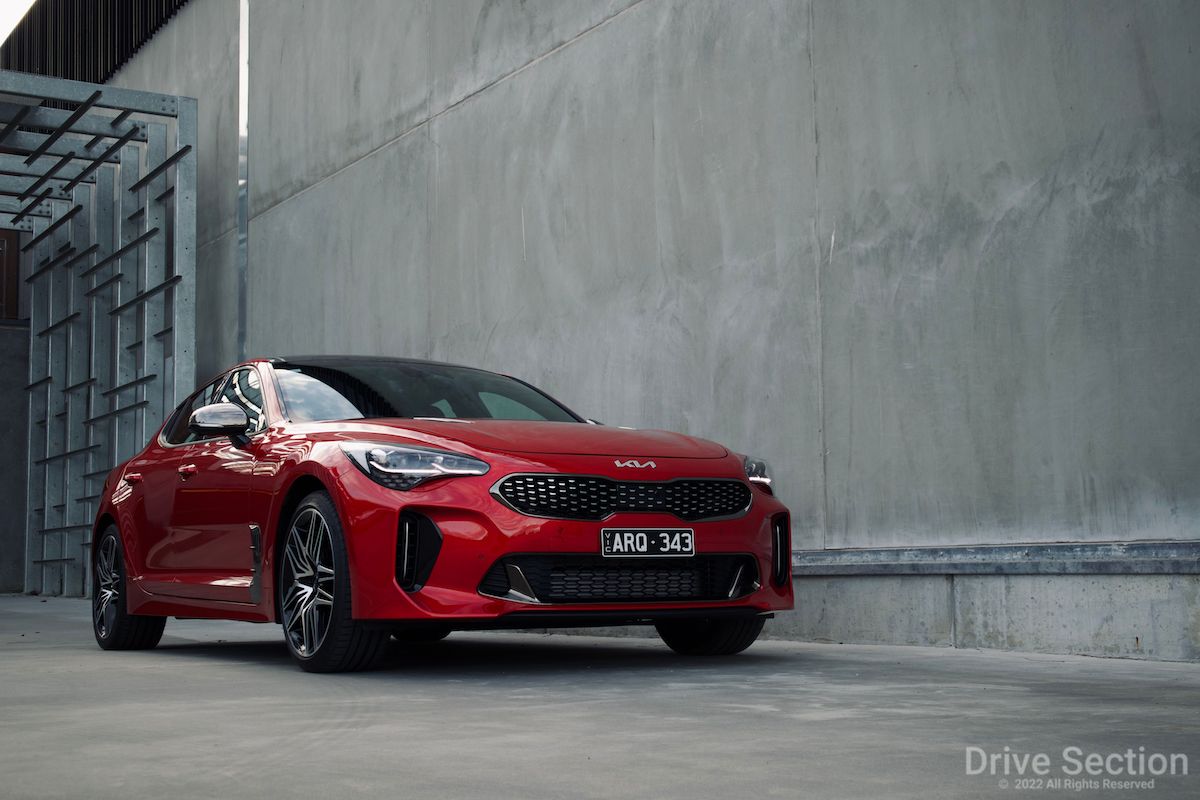 Kia's petrol-powered flagship continues to stick it to the Germans with what is an undeniably attractive offering.

The rise of TikTok and the questionable content shared on it is something that’s been driven by a fundamental psychological motive: a desire for status. I can forgive children for making a fool of themselves on social media because the part of their brain responsible for rational decision making is essentially soup, but it’s just depressing that a significant portion of the drivel on platforms like it is produced by actual human adults.

But people will hustle and bustle and, yes, make a fool of themselves on social media in the hope of working their way up the social ladder. This is reflected in the cars we buy – at least part of the reason why people spend exorbitant amounts on cars from so-called ‘aspirational brands’ is to signal their social status to others. We may not have peacock plumes but we do have flashy European cars. Yes, people are badge snobs.

And that’s a great shame because it means otherwise brilliant cars with lacklustre badges tend to go unnoticed. Cars like the 2022 Kia Stinger GT. Kia’s petrol-powered flagship, this twin-turbocharged V6 sports sedan put the brand on the map for automotive enthusiasts and proved it could do more than produce sensible but soulless hatchbacks.

The Stinger was already one of the best-looking sedans on sale regardless of the badge on the bonnet, but the GT model ups the ante. To visually differentiate it from the cheaper 330S model – and from lesser four-pot models – the GT boasts some naff dark chrome trim, a sunroof, and larger 19-inch alloy wheels.

The Hichroma Red paint of my tester is the wrong colour for it in my eyes – although site editor Patrick Jackson disagrees – but in Ceramic Grey or Aurora Black, the Stinger GT looks blooming brilliant. I particularly love the Stinger’s rear end which features a full-width LED that looks magnificent in low light.

However, the longer you look, the more the GT’s initial allure does begin to fade in some areas. The supposedly cavernous exhausts are fake (they hide smaller pea-shooters within them) as are the ducts on the bonnet. Moreover, the reflectors which flank the tail-lights are an acquired taste and the front end is a teensy bit fussy, particularly when compared to more minimalist rivals like the Volkswagen Arteon, although it’s still infinitely better looking than the BMW 4 Series, mind you.

Inside, the 2022 Kia Stinger GT is a mostly luxe place to be. Most of the key touch points are either metal, leather, or suede and the design is largely agreeable, though it won’t be giving the Germans any sleepless nights.

The 10.25-inch dashboard screen is a slick unit that works well and has wired Apple CarPlay and Android Auto along with integrated sat nav. However, I can’t help but wish the driver’s instrument cluster was completely digital – yes, the GT comes equipped with a 7.0-inch TFT display which can display information such as boost pressure, power, and torque, but it’s flanked by a pair of analog dials that look positively proletarian these days. At least the inclusion of a brilliant colour head-up display with a digital speedometer helps alleviate some of the pain there.

Despite its sporty credentials, the GT is a supremely comfortable place to spend some time. You sink into the seats like you would in an Eames lounge chair and the headrests caress the back of your head in a calming-yet-reassuring way. They’re heated and ventilated for all-season comfort as well; the delicious flat-bottomed steering wheel also comes with heated functionality as well if you don’t mind sweaty palms.

Even the back seats of the Stinger are usable – there is more than enough leg room for moderately sized adults, although headroom is slightly compromised due to the sloping roof. That said, the middle seat is little more than a vanity inclusion given the Stinger’s beefy transmission tunnel. The Stinger’s liftback layout also means it boasts a generous 407-litre cargo area that expands to 1114 litres with the rear seats folded down, and a power-operated tailgate helps aid access.

It’s safe, too. The GT boasts a 5-star ANCAP safety rating thanks in part to a broad suite of electronic safety features including blind-spot monitoring, rear cross-traffic alert, and autonomous emergency braking. Combine the safety with its big boot and decent rear seats and you could almost call it a family car. After all, sedans used to be used for such a purpose before the advent of the SUV.

Perhaps unsurprisingly, the 2022 Kia Stinger GT is a superb daily driver. Its eight-speed torque converter automatic transmission is smooth and the Australian-specific suspension tune does an admirable job of soaking up the worst road corrugations, particularly when put into Comfort mode. Although it’s the size of a cruise liner at 4830mm long and 1870mm wide, it isn’t particularly difficult to manoeuvre either. This is chiefly due to the Stinger’s vast array of cameras and sensors positioned all around the car that ought make kerbing the wheels an impossibility.

But put it into Sport mode and something peculiar happens: the Stinger becomes all but useless. The steering takes on an unpleasant heft, the exhaust emits a droning noise that resembles a tone-deaf trombone player, the driver’s seat tightens around your kidneys to the point of discomfort, the suspension becomes spine-shatteringly firm, and the throttle goes from progressive to an on-off switch.

That’s why you’ll want to delve into the Stinger’s menus and set up its Custom drive mode before you set off. What you really want is to have the suspension and steering set to Comfort and the powertrain set to Sport. Do this and the GT rides with far more compliance and handles with an alacrity that would make the Germans blush, yet also feels superbly quick. It’s the perfect setting to allow it to come to life on the open road, which is where this big saloon thrives.

With launch control enabled, the 2022 Kia Stinger GT will rush from 0-100km/h in 4.9 seconds. That’s about the same as a first-generation Bentley Continental GT with double the cylinder count. Yes, the Bentley came out in 2003, but consider for a moment that the Kia makes do with a relatively unimpressive 3.3-litre twin-turbocharged V6 that produces just (by today’s standards) 274kW and 510Nm and hits the scales at a considerable 1793kg.

And yet, numbers cannot hope to convey just how quick the Stinger feels when on the move. I took around a dozen people for a ride in the passenger seat and none of them could resist hollering with joy when I planted the throttle. Ignore the naysayers – this is a properly quick bit of kit.

Unlike its cheaper 330S sibling, the GT comes with wider rear tyres – 255/35 ZR19 versus 225/45 R18 – which means that in the real world, a place where it rains and the roads are greasy and covered in loose gravel, the GT can actually deploy its power without becoming more than a handful. Plant your foot in the GT and there’s a slight squirrelling of the rear tyres, but then it just sods off. Try the same in the 330S on anything but a bone-dry drag strip and it will slither about like a startled snake.

In some ways, though, it’s still a difficult car to grab by the scruff of the neck – partly because it’s huge, and partly because the transmission never fully relinquishes control even when you use the paddle shifters. Regardless, you get the sense that the GT isn’t a car that relishes being taken to redline and driven at ten-tenths; instead, the GT is at its best when travelling vast kilometres at mostly legal speed. The Stinger GT is, as its name suggests, a brilliant grand tourer.

Downsides? The steering, while beautifully weighted, has the communication skills of a newborn infant and struggles to provide sufficient information to confidently know what the front tyres are doing. The automatic lane assist system is forever wrestling in your hands as well, although it’s easily switched off. Given the V6 under the bonnet, it also drinks fuel at a rate that would give the good people at Alcoholics Anonymous cause for concern. Even on a long freeway stint, I only managed to get 9.7L/100km.

However, the biggest problem is the badge on the front. As good as the Stinger is, there is no denying that some people might be turned off simply due to the Kia badge attached to it. That’s their loss. Kia has made leaps and bounds over the past decade, and if you can override your natural status-seeking inclinations and look past the badge you’ll find one of the best performance sedans for the money.

To get this sort of performance from an equivalently sized Mercedes E-Class, for example, you have to spend upwards of $100,000 and even then, you might be left wanting. By comparison, the Stinger GT is a mere $66,690 drive-away. Oh, and it has a seven-year unlimited kilometre warranty, roadside assistance, and capped price servicing to sweeten that deal.

Overall, the Kia Stinger GT is a triumph. It’s quick, comfortable, and represents phenomenal value for money. If you can get past the badge – which I pray you should – you’ll find one absolutely brilliant car behind it.

In a nutshell: The 2022 Kia Stinger represents great bang-for-your-buck against its European rivals, and particularly so in top-spec GT guise.

Full Disclosure: The vehicle tested here was provided by Kia Motors Australia for ten days with a full tank of fuel. All additional fuel costs were covered by the author. 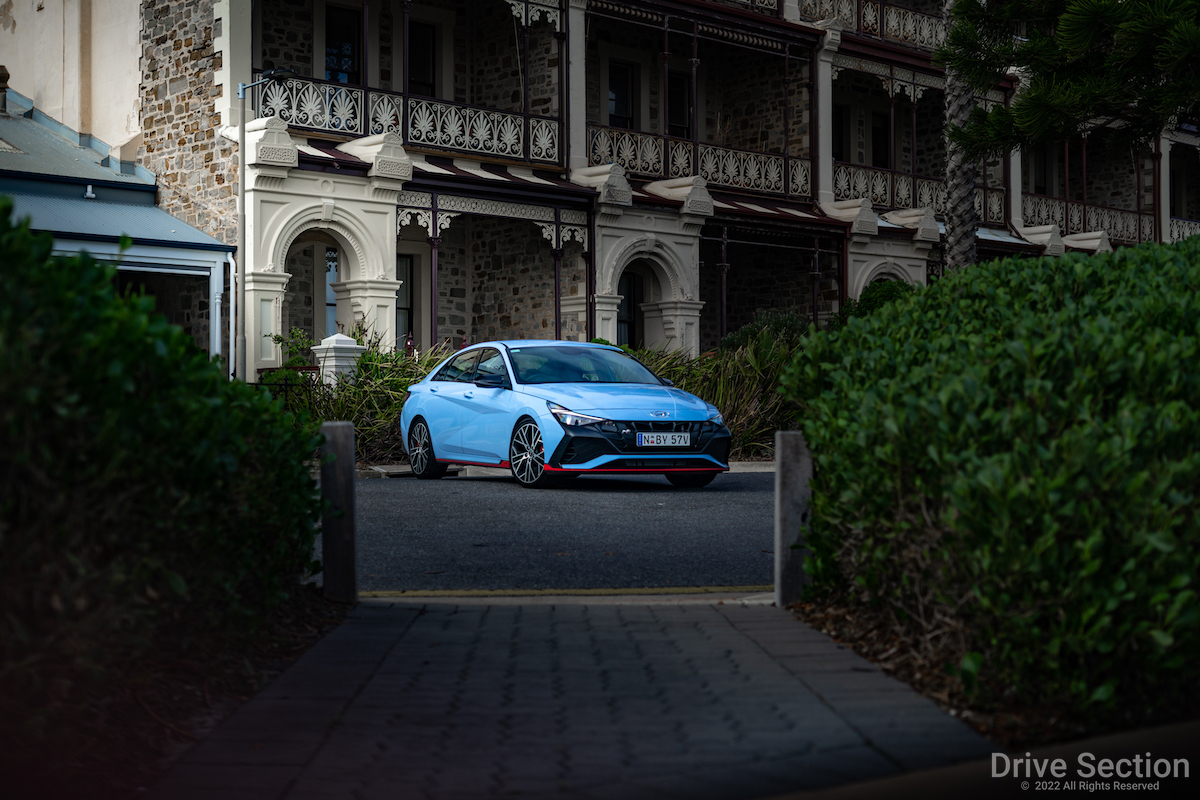 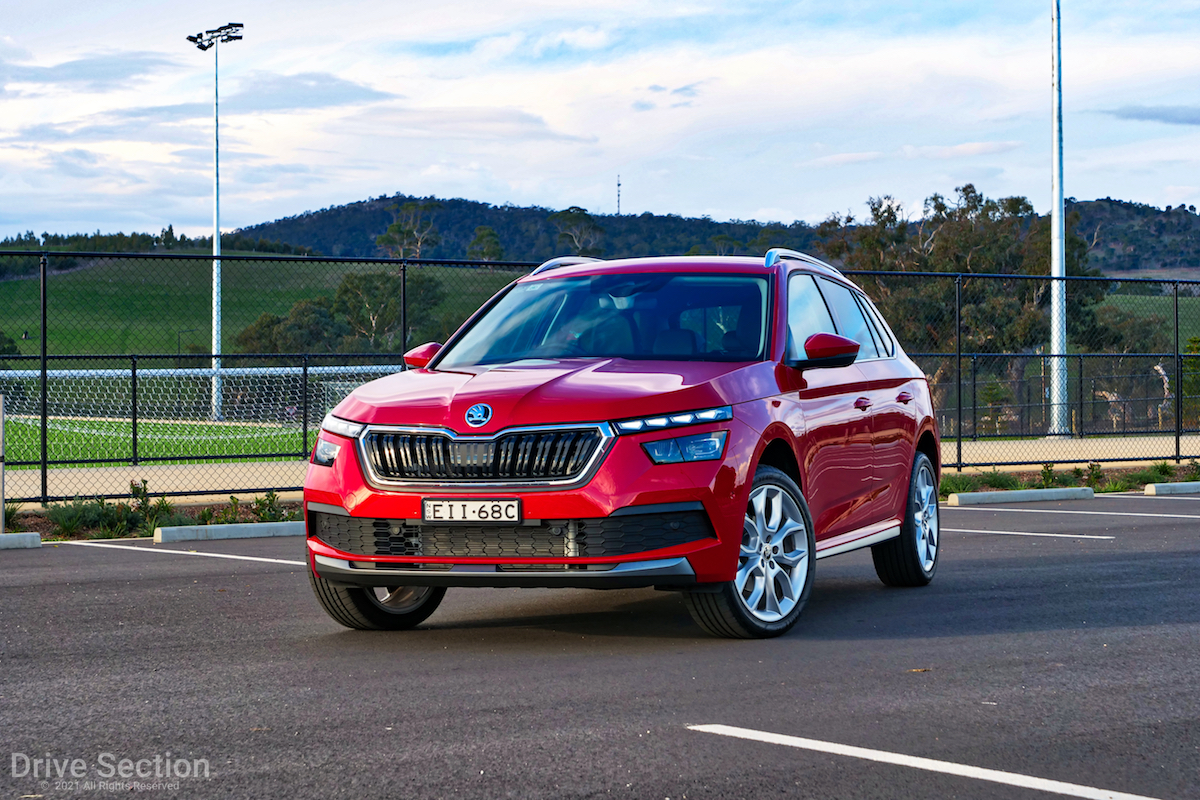 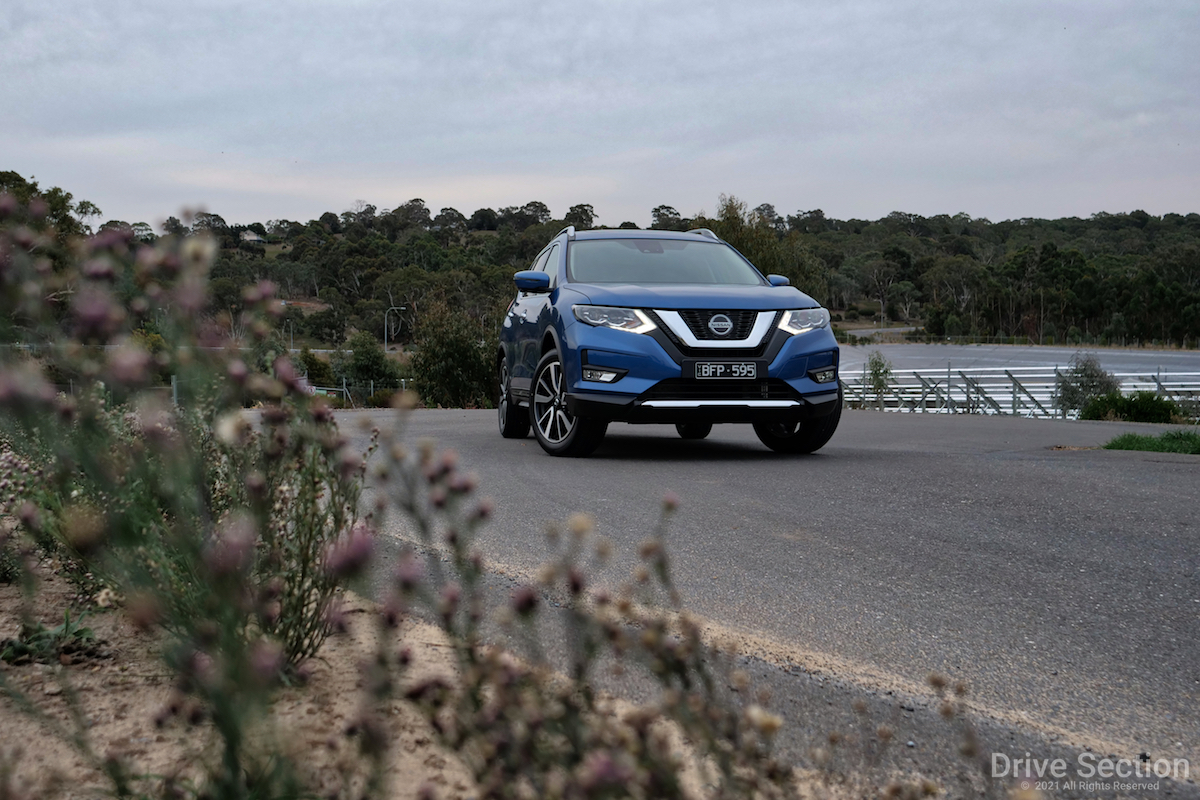