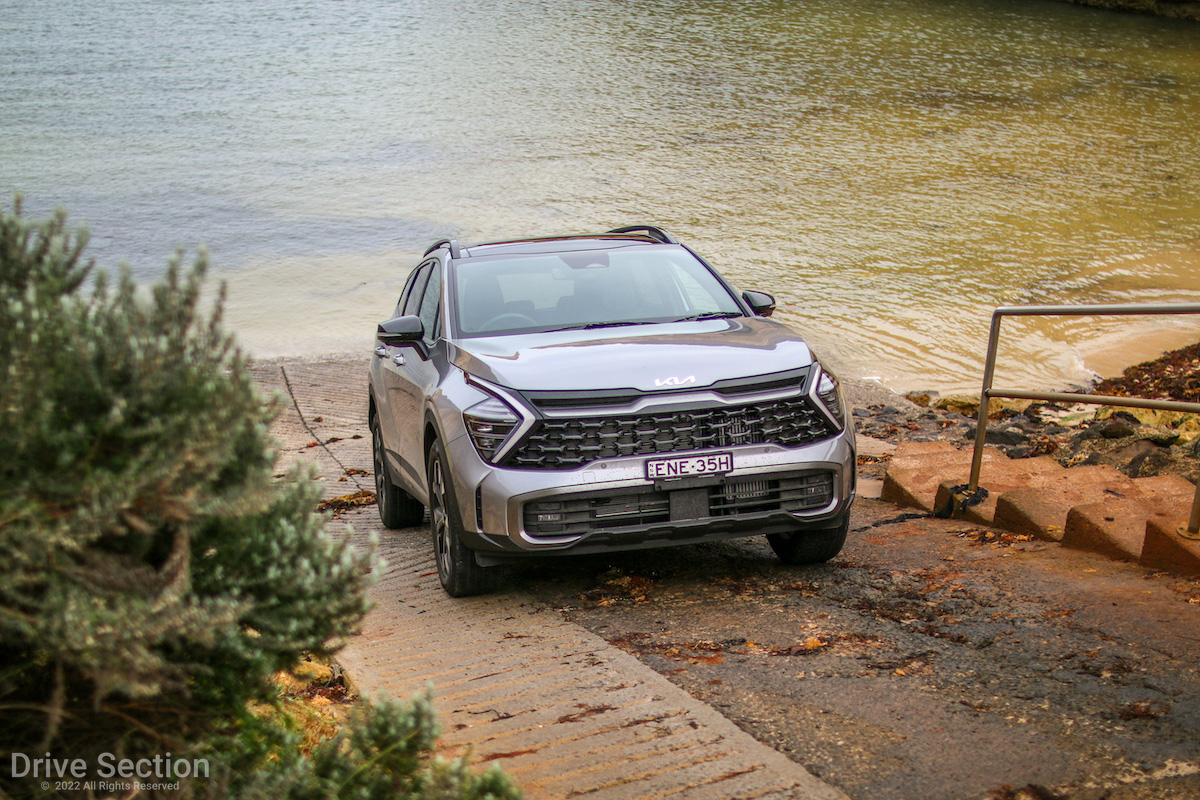 The 2022 Kia Sportage GT-Line is a near-impeccable mid-sized SUV that eclipses the outgoing model in every aspect. However, it's best if you ditch the petrol engine and dual-clutch and instead opt for the diesel.

If you had told people ten years ago that Kia would be a driving force in the car industry, most would have scoffed and shaken their heads. Fast-forward to today and the South Korean brand has come a very long way since then. Enter, the 2022 Kia Sportage – the latest mid-size competitor of today that looks more like the SUV of tomorrow.

The previous Kia Sportage, released in 2015, remained relatively unchanged while its best-selling rivals were receiving consistent updates. Now, though, the Sportage is ahead of the pack with sharper and more daring exterior styling than its competitors, along with a swish interior to match.

It’s now bigger and most importantly better than the outgoing model in every conceivable way. For our first taste of it, we’ve gone all the way to the top of the range and grabbed the keys to the GT-Line variant.

As Kia’s current best-selling model in Australia, the company managed to offload over 2000 units of their SUV in June 2022 alone; so far this year, it holds a 10.1 percent market share behind only the Mitsubishi Outlander, Mazda CX-5, and Toyota RAV4.

Buyers can opt for four different trim levels and three engine variants. The range kicks off with the S, SX, and SX+ before topping out with the GT-Line you see here. A 2.0-litre petrol engine is available in the lower three grades, with the S and SX even offering a manual gearbox with it. There’s a 2.0-litre turbo diesel offered across the range, too.

However, our tester came with the 1.6-litre turbocharged four-cylinder petrol engine offered only in SX+ and GT-Line models. Producing 132kW and 265Nm, it comes paired with a seven-speed dual-clutch transmission linked to an all-wheel drive system that can be locked to an even 50:50 split for better off-road traction.

The first aspect of the Sportage that jumps out to you is the wholly new design, interior, and technology. It’s such a step up, you’d be forgiven for mistaking it for something that sits in the next price bracket up.

Although the exterior design is rather exuberant and futuristic, the model’s affordability does show in certain sections of the bodywork, most notably the large unpainted section of the rear bumper. I’m just being pedantic though because, with a starting price of $32,445 before on-roads for the cheapest variant on offer, the Sportage is a rather commanding offering.

As tested, with flashier bodywork, larger 19-inch alloy wheels, and a more aggressive bumper, the GT-Line’s $49,370 list price buys you a noticeably higher quality product than lower-tier versions. (Do also note, Kia offers it Australia-wide for a $51,990 drive-away deal.)

The interior design and layout of the 2022 Kia Sportage puts it well ahead of the competition. Riding on the same platform as the Hyundai Tucson, the GT-Line undercuts the comparable Highlander by one grand, yet it boasts eye-catching curved dual 12.3-inch displays for the instrument cluster and infotainment system.

Below this sits a third small touchscreen display intelligently integrated to control both the dual-zone climate control and infotainment menus through a switchable capacitive button. The left and right temperature dials turn into volume and radio tuner controls respectively.

Apple CarPlay works flawlessly; however, Android Auto does not make full use of the widescreen display, cutting off a sizeable chunk of the screen. Disappointingly, wireless tethering is not available, so phone mirroring only works via a USB cable. All considered, the built-in navigation system functions sufficiently and looks crystal clear on the 720p display. Turn the car off, though, and the screen turns into a fingerprint gallery. Perhaps there is something to be said for non-touchscreen displays.

The lane centring system works well on the highway, but be sure to keep your hands on the steering wheel (as required by law) as the system is not flawless on country roads and will disengage on occasion.

The car’s navigation system points out red light and speed cameras and will beep if you exceed the speed limit whilst approaching a camera. While this is useful in most situations, the car doesn’t distinguish school zone limits from regular limits. Thus, a speed camera near a school zone will cause the car to beep alarmingly. We found that out the confusing way.

Eight-way fully adjustable leather and suede seats come standard on the GT-Line, with the driver’s seat gaining additional two-way lumbar support controls. Both driver and passenger front seats are heated and ventilated, remaining comfortable enough for a 600-kilometre Great Ocean Road round-trip between Melbourne and Warrnambool. The eight-speaker Harman Kardon sound system sounds pretty good, and the 64-colour ambient lighting means any vibe can be set for an evening commute. If you’re running short of charge on your phone, a wireless charging pad means it can remain topped-up without the mess of cables.

The 2022 Kia Sportage is only offered in Australia as a long-wheelbase variant – a short-wheelbase version is offered in Europe – and this becomes particularly evident from the spacious second row. Leg-room is outstanding and boot space is ample, with 543 litres of capacity with the rear seats up and 1829 litres with them folded down.

Faux stitched leather and soft-touch materials adorn the dash, woodgrain hydrographic accents flow across the instrument panel, and brushed aluminium pieces add a touch of contrast around the cockpit. It’s a well-built cabin, with our only main gripe being the piano black centre console. Although it looked clean and shiny upon picking the car up, it didn’t take long for fingerprints and dust to appear visible across the shiny plastic. Paired with the gigantic infotainment and instrument cluster screens, we were promptly led to believe the interior wouldn’t be an easy one to keep clean.

On the road, the turbo petrol engine in the Sportage feels fairly punchy and sufficient for an SUV of its magnitude. Power delivery is smooth through the lower engine speeds, but weakens noticeably when taken up the rev range. It’s good to see Kia finally replacing the more thirsty outdated multi-point 2.4-litre from the previous GT-Line with a smaller turbocharged direct-injected unit.

However, this substantially more spirited engine is severely let down by the car’s DCT transmission. Confusing gear changes, random downshifts, lots of hesitation, and the occasional unpleasant jolt on the downshift leaves much to be desired. Even in Sport mode, the gearbox is reluctant to downshift to a high engine speed, and when left in auto, accelerating hard doesn’t always result in a shift to the optimal gear.

Alternatively, an additional $3000 buys you the 2.0-litre turbo diesel unit that offers more power and torque – 137kW and 416Nm – and comes mated to an eight-speed torque converter auto. In addition, the GT-Line diesel gains remote parking assist and multiple terrain modes. We’d be willing to recommend the diesel despite the additional cost.

Specially tuned for Australian roads, the suspension leans toward the stiffer side, but overall performs exceptionally on country roads, remaining incredibly stable throughout our long road trip in it. Handing is surprisingly good, with responsive feedback through the steering wheel ensuring confidence at speed through corners. Push towards the handling limits and you start to feel sweet weighty understeer, but there is plenty of forewarning through the suspension before it ever becomes a problem.

Running costs are a bit of a sore spot, however, as servicing is particularly expensive. Although seven years of capped price servicing is offered, it averages out to $569 per service with 12-month/15,000km intervals, but the sixth service alone costs $851. Maintaining the 2.0-litre diesel comes in at a lower average of $518 per service, so that’s something to keep in mind.

Kia claims a combined fuel economy of 7.2L/100km, and during testing, we noted a fairly expected average consumption of 8.7L/100km, although that figure improved to 6.6L/100km for freeway driving.

Aside from performance, it’s difficult to fault the 2022 Kia Sportage GT-Line. It’s a well-built and premium-feeling car with a spacious and luxurious interior that comes filled with cutting-edge segment-leading technology. Plus, it offers impressive on-road dynamics to boot. But when it comes to this turbo petrol model, it’s a well-rounded car let down by a lacklustre gearbox. Our suggestion? Go for the diesel.

Full Disclosure: The vehicle tested here was provided by Kia Motors Australia for five days with a full tank of fuel. All additional fuel costs were covered by the author.

A special thanks to Aqiella Azhar for joining the author for this extensive road test. 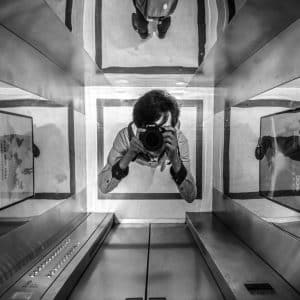 Shuqi Yu
After founding the successful Facebook page AutoNews Australia which specialised in viral car videos and content, Shuqi was a CarThrottle and DriveTribe contributor for several years where he honed his car news writing skills.

Latest posts by Shuqi Yu (see all)
Share this article: 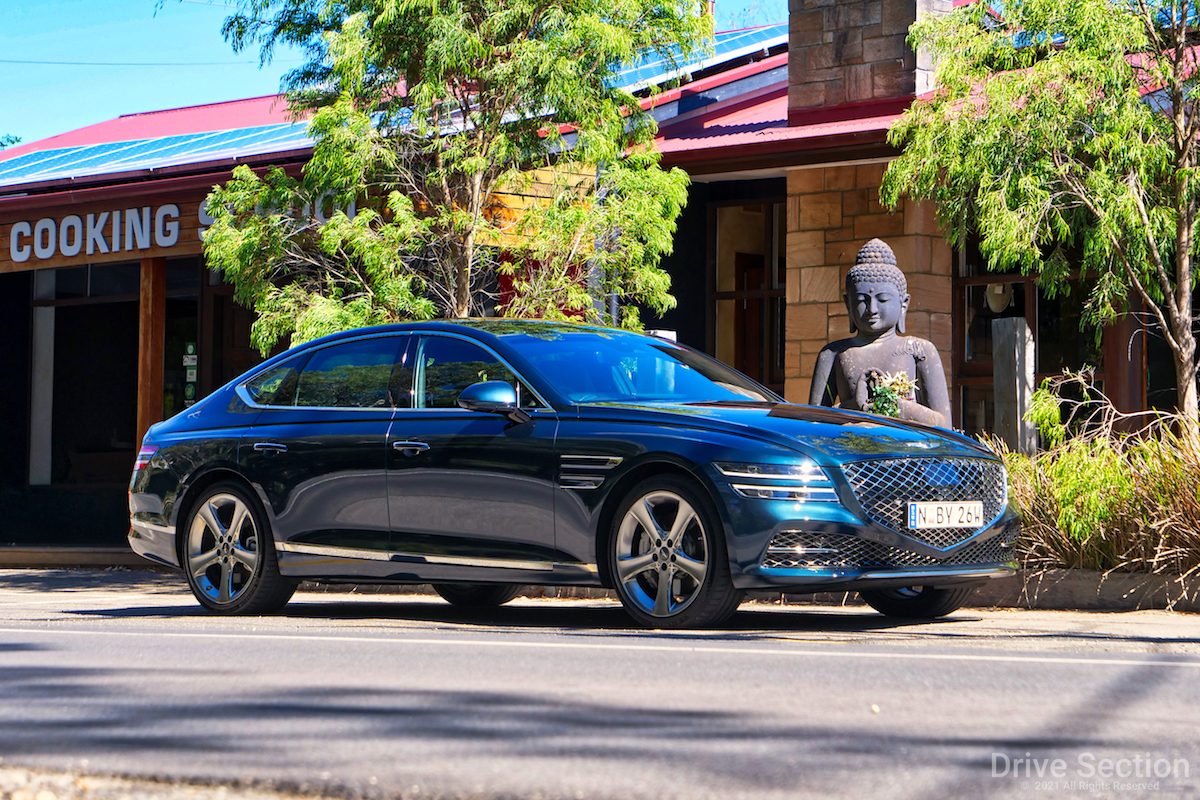 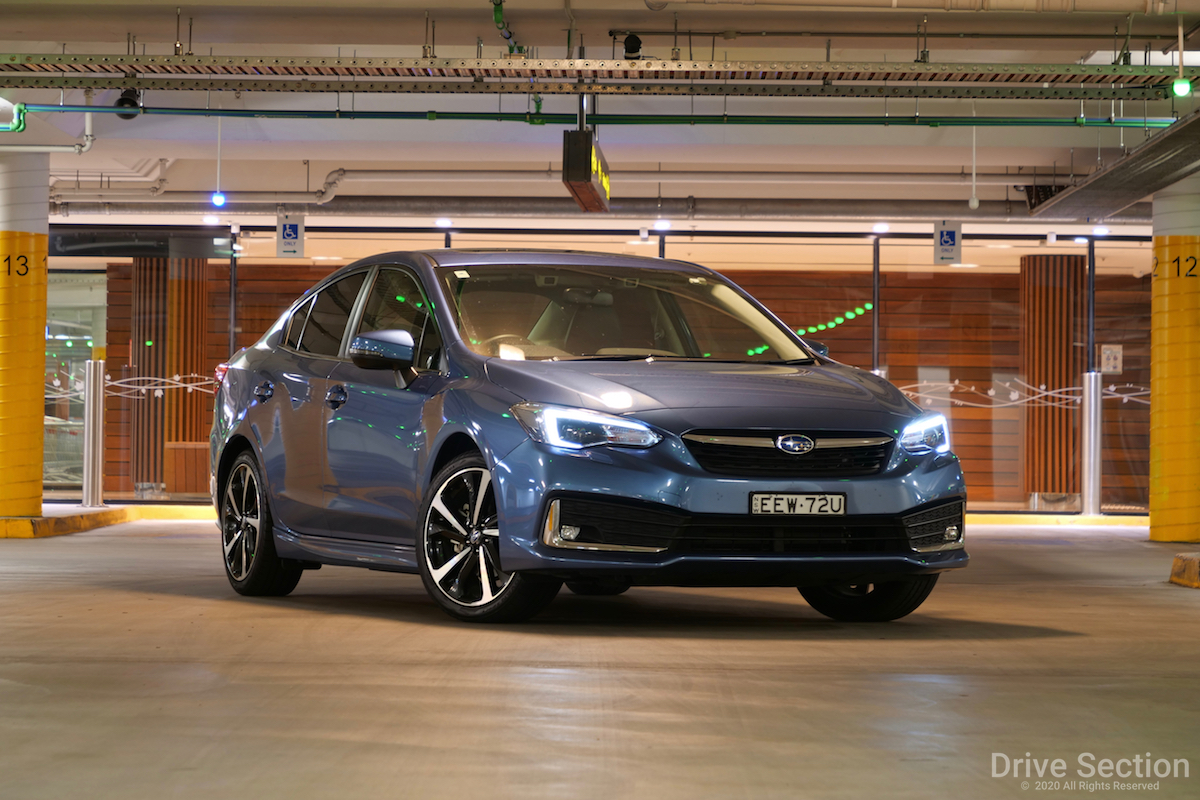