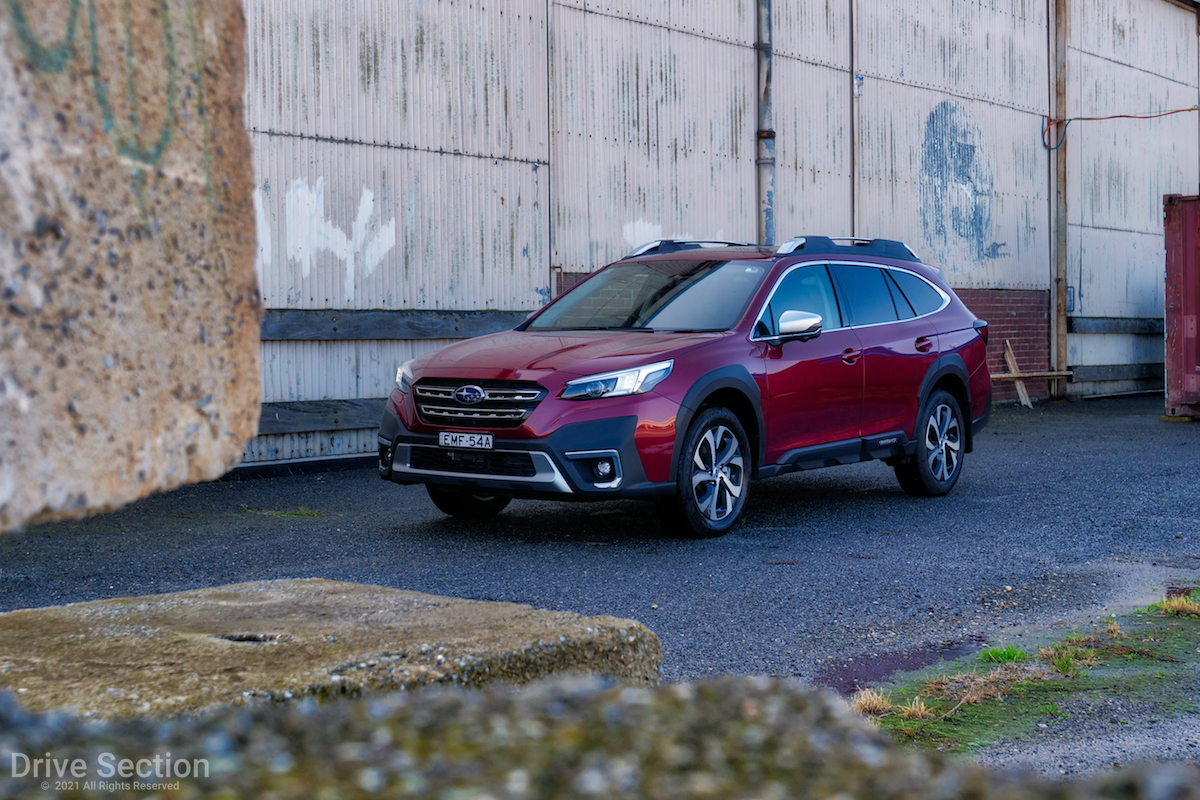 The sixth-generation Subaru Outback builds upon the same recipe that has always made the model so great, feeling better now in every regard, ensuring that it will remain a favourite with existing owners and newcomers to the brand alike.

When you think about it in concept, the 2021 Subaru Outback is quite a niche vehicle. A lifted, off-road-ready station wagon, it’s European equivalents such as the Volvo V90 Cross Country and Audi A4 and A6 Allroad are practically nonexistant on Australian roads, while the Mercedes-Benz E-Class All Terrain actually is nonexistant, given it’s no longer sold here.

Yet, the more affordable Outback continues to remain a strong seller – so strong that it remains part of Subaru’s Australian lineup at a time when the sedan on which it’s based, the Liberty or Legacy in all other markets, has been dropped from it. The name might be Aussie, but we didn’t need Crocodile Dundee to convince us this car was a good idea – we’ve bought into the concept right from the start, and continue to despite the SUV space it operates in being far more crowded now than it was.

That’s why, with an all-new model now upon us, I grabbed the keys to both the entry-level Outback AWD finished in Storm Grey Metallic, and the top-of-the-range Outback Touring, pictured here in Crimson Red Pearl, to see just why this new model has taken off with a roaring start when it comes to sales.

Starting at $39,990 before on-roads for the base model before stepping up to $44,490 for the mid-spec Sport (the sole variant not tested here) and $47,790 for the range-topping Touring model, it sits in a favourable position against rivals on price, as while there’s admittedly no stripped-out bargain basement model on offer to lower the cost of entry, the base Outback offers a lot for the money – so much so that I think many might not even look to go higher in the range.

A Subaru-first 11.6-inch portrait touchscreen running a version of the Starlink operating system is the centrepiece of the Outback’s incredibly spacious cabin, with it offering Apple CarPlay and Android Auto connectivity, DAB+ digital radio, and incorporating the functionality of the dual-zone climate control system. There’s a 4.2-inch colour display in the gauge cluster as well – no fully-digital cluster is on offer at all, but it’s a clear and information-packed display.

Perched above the central infotainment screen is one of Subaru’s most advanced bits of tech that’s surprisingly absent from other manufacturer’s vehicles given it’s been around for a few years – a facial recognition system that automatically adjusts the seating position, temperature, radio, and trip computer to your personal preferences when you slot yourself in the driver’s seat.

On the topic of making your life easer, both front seats have power adjustment, while there are also automatic adaptive LED headlights with high beam assist, auto windscreen wipers, and an auto-dimming rear-view mirror as well.

Admittedly, there’s only cloth interior upholstery inside, but I must admit I actually prefer it as it feels high-quality and nicely cushioned, and it looks interesting with its multiple pattern designs as well – plus, this is a Subaru, so the build quality even in the base interior is of the highest standard. The more egregious visual faux pas is when it comes to the 18-inch alloy wheels – the rims themselves are grey, but the centre cap is silver which looks a bit cheap and incoherent.

Meanwhile, stepping up to the Touring model offers not only features leather upholstery but adds heated front and rear seats, along with a heated steering wheel, and a two-position memory function is added for the driver’s seat. For the record, the mid-spec Sport not on test offers only heated front seats, and features a unique water-repellant seat material.

Other Touring model upgrades include a nine-speaker Harman Kardon audio system, TomTom satellite navigation, a front and side camera system, sunroof, power-operated tailgate, and, on the outside, larger 19-inch alloy wheels and satin chrome trim highlights. Certainly, all the extras the Touring offers may seem tempting, but realistically, I think the vast majority of buyers will be best-served by the base trim, or if navigation and heated seats are a must, the mid-range Sport. While some Subaru base models have really punished you for cheaping out with hideously tiny screens, the lack of any compromises mean there’s no real need to spend more here.

The value of spending less is further amplified by the standard fitment of the latest EyeSight2 driver assistance suite. Not only does it feature one of the better adaptive cruise control systems, powered by a stereo camera system at the top of the windscreen, but it now features semi-autonomous steering capability as well – although this latter function isn’t quite as advanced as you’ll find from the likes of Volvo.

What resonates most with the Outback’s interior, though, is that all the incremental increases this all-new model has seen can really be felt. If may only be a few millimetres here and a couple percent there, but it feels roomier and more ergonomic than ever thanks to the front hip-room and rear leg-room increases. The cargo area is longer as well, giving it a very impressive 522 litres with the rear seats in place, 10 litres more than before.

But while most improvements are minor, the engine is one component that’s seen a vast number of changes. An evolution of the ‘FB25’ 2.5-litre naturally aspirated direct-injection flat-four fitted to the outgoing model, it’s now 90 percent new. The block is now stronger, the cylinder head’s combustion chamber more compact, the crankshaft redesigned to be lighter and simpler, the piston crown shape changed to achieve a higher 12.0:1 compression ratio, conical valves are fitted rather than cylindrical ones to reduce weight, and, yes, the head gasket structure has been revised and the seal strength increased.

The result is that power is up to 138kW at 5700rpm (up 9kW) and torque now at 245Nm from 3400-4600rpm (up 10Nm) which are again only incremental boosts, but ones that can certainly be felt out on the road. To go with the largely new engine, the Lineartronic CVT auto has also been redesigned to be stronger, to offer greater ratio coverage, and to now feature an eight-speed simulated manual mode operated by the very tactile paddles on the back of the steering wheel.

While the four-pot Outback is still no rocket ship, not that it ever has been, it certainly feels far more eager than ever, with the wider ratio coverage seeing it take off more enthusiastically, while the mid-range torque is impressive thanks to it plateauing across the rev range you’d be keeping it in most commonly on a twistier bit of road.

As ever, the new Outback rides incredibly well, with most of the rack rattle on some poorer-quality country roads now much improved thanks to numerous structural changes, while the lighter aluminium rear suspension feels nicely controlled as well. The electric power steering is very light and easy around town as well, as owners of older Subarus who are yet to sample a newer one will be glad to hear.

Being more of a lifted wagon than an SUV, and due to the lower centre of gravity its definitive boxer engine offers, it handles incredibly well also, feeling far more car-like than most rivals, which is a consideration for those who aren’t fans of driving something that feels too excessively big.

What’s perhaps the only disappointment with the Outback is the fact the wonderful EZ36 flat-six is no longer available, as the outgoing Outback 3.6R was one of my favourite ‘if you know you know’ cars still on sale – especially as the new 2.4-litre turbocharged flat-four engine isn’t available in the Outback outside North America, meaning there’s no real performance model on offer here anymore.

At least servicing will be less costly for this new model as it’s now moved to a 12 month/12,500km service schedule, rather than the far-too-short six months of before. The cost per visit is still relatively high though at an average of $490 for the first five years of capped-price servicing. Fuel consumption of around 9.3L/100km over the course of my testing in both vehicles is on the higher end of average for the class as well, and a lot higher than the claimed 7.3L/100km.

Subaru owners, the loyal bunch that they are, will unlikely be phased by it costing more to service than some rivals though, as the Outback in a sense sits in a class of its own, and many people will no doubt just be happy to get a new Outback as it’s going to be better than the old one in every way, right?

Fortunately, for this large crowd of repeat Subaru customers, this new Outback is better in every single way – short of offering a performance version, not that many would buy it anyway. Roomier, more comfortable, better to drive, and more value-packed than ever, Subaru’s got a real winner on it’s hands here once again.

In a nutshell: Subaru is a company known for attracting repeat customers, and those looking to upgrade from their old Outback will feel like the upgrade was more than worth it – it sticks to the same recipe, but it’s better in every way. For those who don’t already own one and are in the market for a larger SUV though, this jacked-up wagon is more than worth a look-in.

Full Disclosure: The vehicles tested here were provided by Subaru Australia for a week each, both with a full tank of fuel. 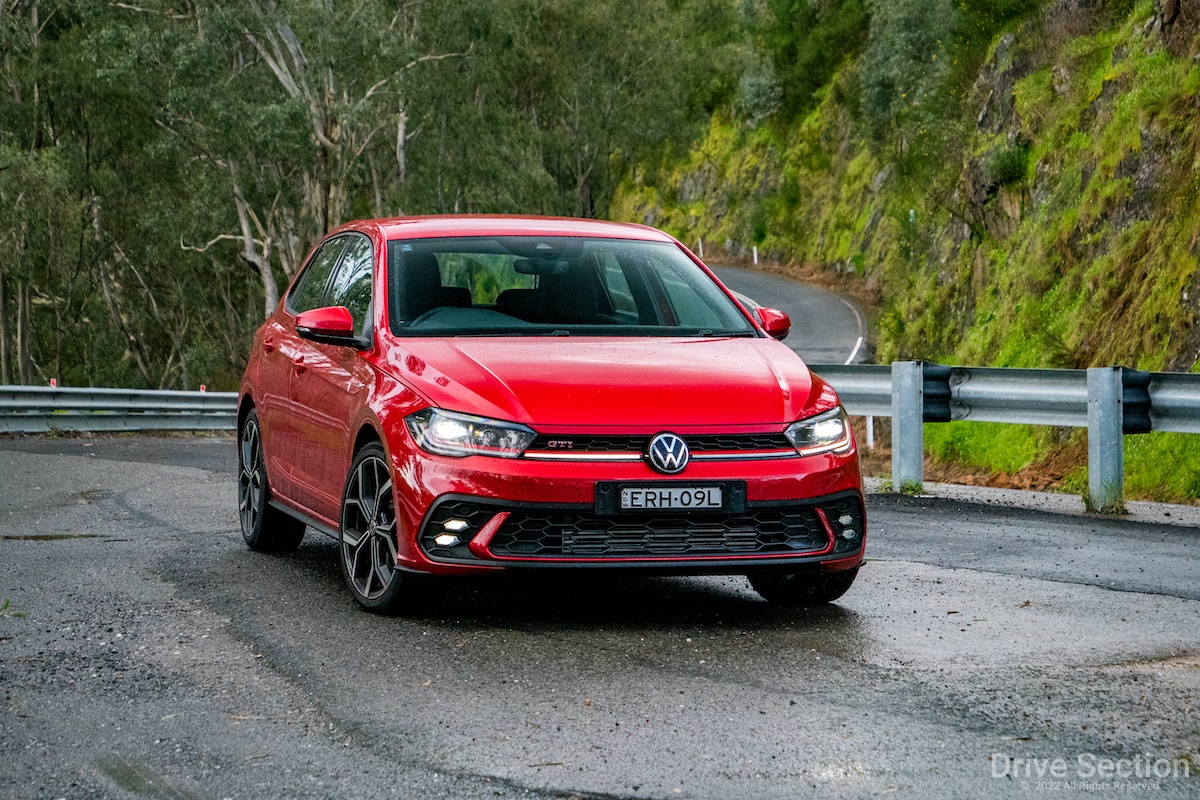 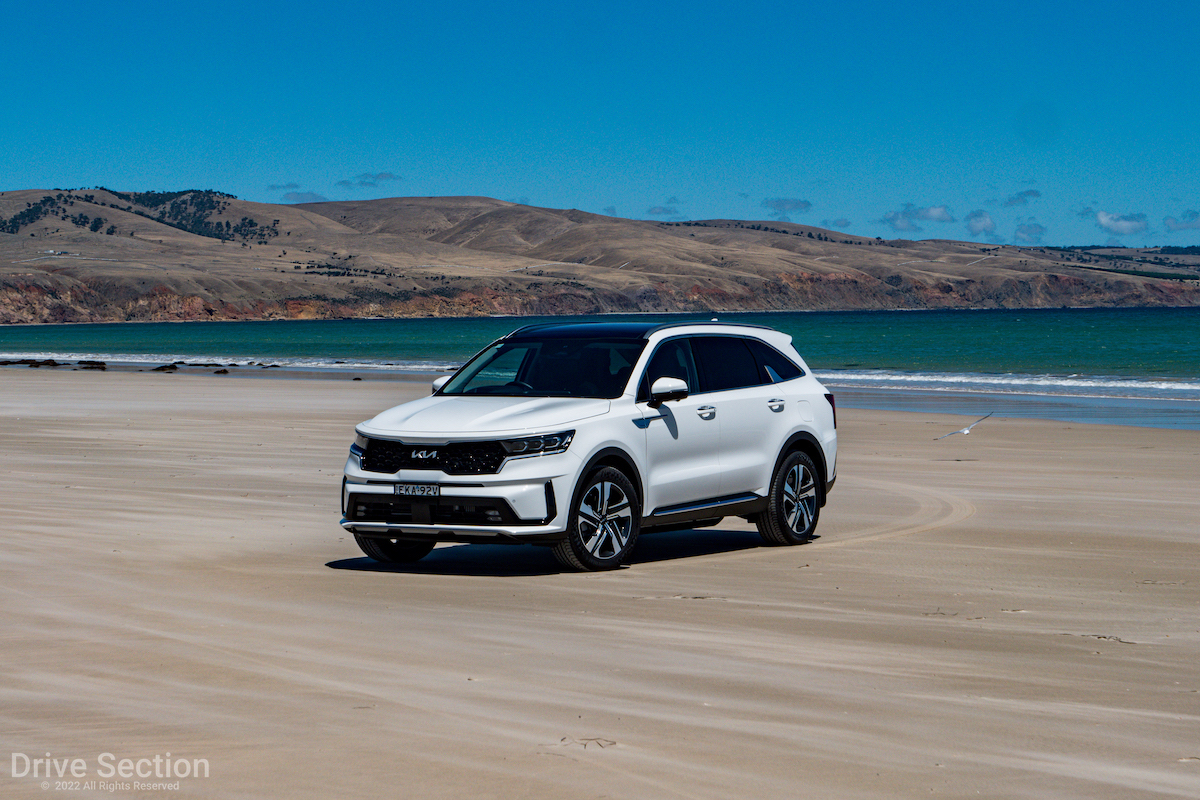