Nissan's ugly duckling is looking more like a swan now that the second-generation Juke has finally arrived, but is it actually any good as a city car?

Calling the original Nissan Juke a divisive car would perhaps be an understatement. First launched ten years ago and only just phased out last year, the model’s unique styling certainly didn’t do it many favours in the eyes of many, despite the fact it still sold decently well.

Now, just after the celebration of the Juke nameplate’s 10th birthday, it was finally my turn to take a look at the all-new second-generation version of the company’s city SUV – a car for which Nissan has completely rewritten the recipe.

While still incorporating elements of the original Juke’s styling – the high-up DRLs, lower-mounted round headlights, and a tapered rear-end design with hidden rear door handles for added effect are all key examples of this – this new model presents a night-and-day difference when compared with its predecessor.

Sleeker, slicker, more refined, and more subtle, the ugly duckling has turned into a swan as this thing, in my eyes at least, looks genuinely good – especially in the classy Pearl Black hue of my tester – which is something I personally could never have said about the old model.

Speaking of the model on test here, it’s the top-spec Ti that headlines the four-pronged Australian range which starts at $27,990 for the base ST, although this range-topper will set you back a heftier $36,490.

It’s not like you don’t get a lot of kit for that price tag, though, because it’s certainly a fairly well-equipped thing – heated leather seats, Alcantara trim on the door cards and dashboard, keyless entry and push-button start, orange ambient interior lighting, an 8.0-inch infotainment system with satellite navigation and smartphone mirroring, a 7.0-inch digital display in the gauge cluster, a 360-degree camera, and a Bose Personal Premium audio system with speakers in the front headrests are all included as standard, as are the big 19-inch diamond-cut alloy wheels on the outside.

However, it must be said that there are a few things missing from this top-spec model such as powered seat adjustment, dual-zone climate control, and a sunroof that would really help with justifying the Ti’s price tag, and, as such, it makes the ST-L look like the better-value pick in the range.

That’s not to say the Ti doesn’t feel the part of a range-topper though, as it really does hit the mark. Serving as a reminder of how just far Nissan has come in a short time with its interiors, the new Juke feels truly impressive on the inside – the Alcantara trimming is extensive and incredibly plush, the ambient lighting gives even more of a premium feel, and the resolution and responsiveness of its screens is miles ahead of the company’s incredibly dated infotainment technology of old that’s thankfully being phased out. Built at Nissan’s Sunderland plant in the UK like the Leaf and Qashqai we also receive, everything feels solidly bolted together, too.

The spaciousness of its interior is good for a city SUV as well, with it easily accomodating my large frame with plenty of room to spare, and offering up a surprisingly commodious amount of room in the boot. The front seats have a good amount of bolstering as well, it should be pointed out, although a little bit more under-thigh support would be beneficial for us taller folks on longer trips, although extensive stints in it aren’t exactly its primary focus.

Clearly making that point is the incredibly city-centric sole engine option the Juke is offered with – a 1.0-litre turbocharged three-cylinder engine that develops a mere 84kW and 180Nm, marking a slight step backwards compared to the power outputs of the entry-level 1.2-litre Juke of old. Admittedly, other markets receive this engine with a tune that delivers 2kW and 20Nm more, but not so for us Down Under.

A seven-speed dual-clutch automatic and front-wheel drive is the only drivetrain option available as well, although a six-speed manual is offered in other markets.

While its power outputs may be meagre, the microscopic engine – which is effectively the 1.33-litre engine found in the likes of the Renault Kadjar and Mercedes-Benz A180 with one cylinder lopped off – certainly is a likeable one. Not only does it make a wroughty sound like most three-pots do, but once you’re past its initial hints of turbo lag and it finally spools up it really does perform impressively.

It’s a fairly economical thing, too, using 7.6L/100km during my 670km with it, and although Nissan’s fuel economy claim is a mere 5.8L/100km I am a bit of a lead foot, and this is a heavy car for such a tiny engine, so I reckon it’s a pretty impressive performance it put up.

I did find the dual-clutch ‘box to be a bit of a mixed bag, however. While normally I’m a fan of this style of transmission, it’s not ideal for a city car in my opinion, and while they may improve on fuel economy compared to a traditional automatic they simply aren’t as smooth.

That’s certainly the case here as around town some gear changes could be rather lurchy, which, combined with the turbo lag from the engine, made driving it smoothly in the city a challenge at times.

Get it out on the open road, though, and it, like the engine its paired to, seems to feel far more at home. With a set of flappy paddles on the back of the wheel to command it with, its obedient and responsive when driven in anger, and together with the boost-happy engine feels rather inspired when you open up the taps, if still lacking in outright muscle.

Its chassis is rather inspiring and its steering feel perfectly-weighted, too, with it maintaining its composure beautifully through the bends. The ride may be a little bit on the firmer side – again, a slight drawback on pothole-laden city streets, at least as far as I was concerned here in Adelaide, although the suspension absorbs far more of the hits than your spine does – but it helps it feel far more hatch-like once I broke free of the daily grind and hit some twisty roads.

As such, the new Juke finds itself existing in a rather paradoxical way – it’s a car that certainly looks at home in the city with its compact dimensions and sleek style, but it feels far smoother and more responsive when you get it out of town and drive it in a way you wouldn’t think befitting of such a car.

Were the Juke to feature the larger four-pot this triple is a direct relative of I think it’d be a much better car for it – as I found when I tested it in the Kadjar, it’s a far smoother and more economical driveline as it doesn’t need to be pushed nearly as hard to extract the same performance – and, similarly, I feel a true manual gearbox would help extract the best out of its diminutive power plant, but I can certainly see why Nissan has gone the way it has with it.

If anything, though, this new Juke serves as a clear beacon of how Nissan is turning itself around right now, as its a very impressive thing. The styling is right, the interior is a marked step up, and embracing turbocharging is something that’s been sorely needed for the company.

It’s still just the next stepping stone in Nissan’s reinvigoration plans, and not a whole leap ahead, but these things take time and it still serves as a sign that the brand is on the right track in my eyes at least. Above all else, though, the new Juke is an endearing car – a rags to riches story when compared with the original – and that’s something I for one can certainly get on board with.

Pros: Characterful three-pot engine that loves some boost, premium-feeling cabin thanks to its extensive Alcantara and leather trimming, actually looks rather smart and slick now
Cons: Clunky and jerky dual-clutch transmission, ride is on the firmer side although not uncomfortable, ST-L model presents better value for money given the Ti’s missing features

In a nutshell: The new Juke is a marked improvement over its predecessor on the inside and out – however, its tiny engine is lacking in outright power and its DCT is far from the smoothest out there. Personally, I’d pass on this top-spec Ti model and opt for the ST-L instead as you’re getting the vast majority of the features at a far tidier price point.

Full Disclosure: The vehicle tested here was provided by Nissan Australia for a week with a full tank of fuel. All additional fuel expenses were covered by the author. 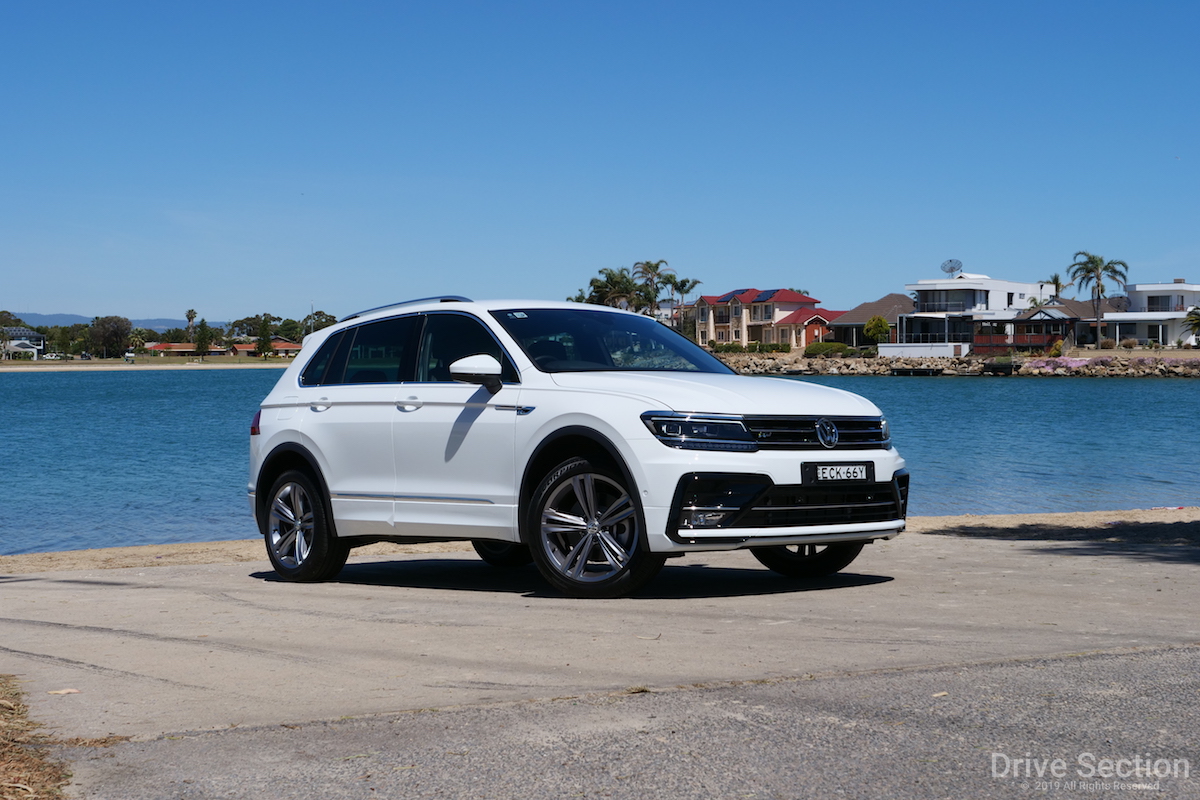 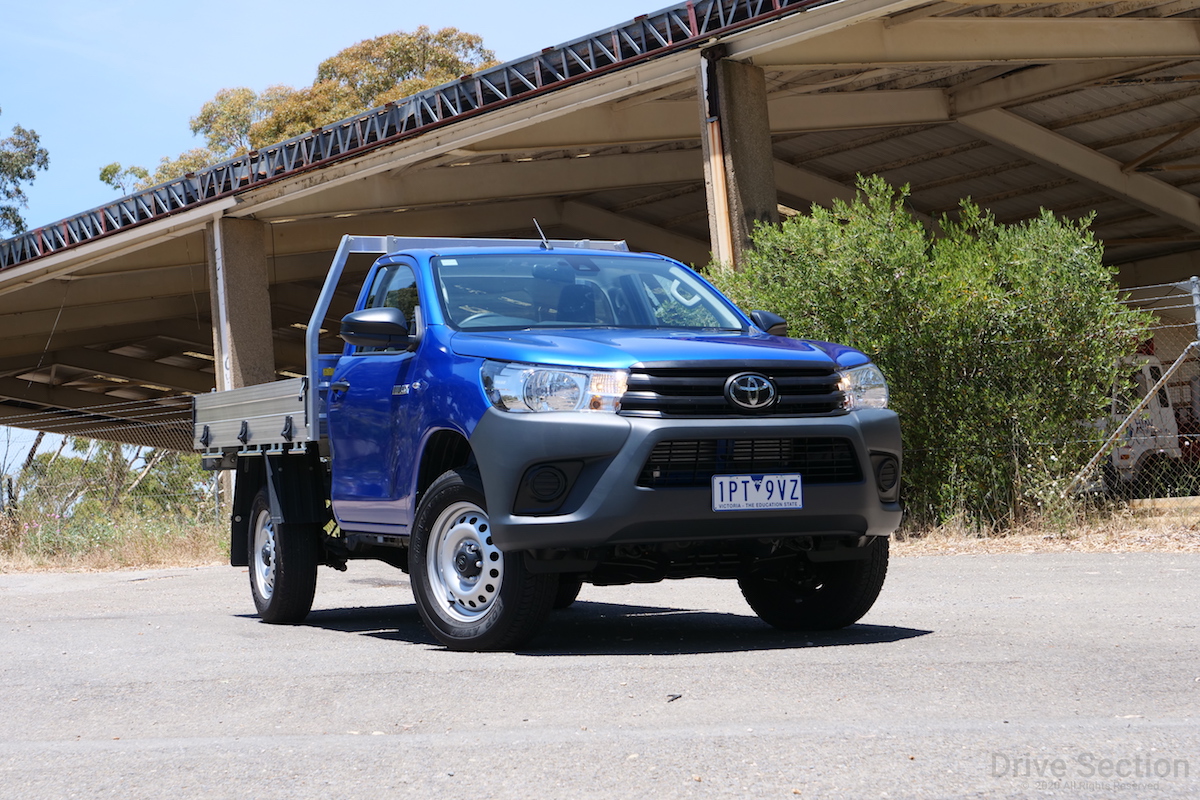