We hit the road and head to the seaside town of Robe in South Australia to try and figure out just what makes the ASX so enduringly popular with an Aussie audience.

It might be hard to believe, but the Mitsubishi ASX has been around for ten years, a whole decade now, in its current guise. Sure, it might have had some work done to it since 2010 – a little nip and tuck here and there in the form of facelifts and range re-shuffles in 2013, 2018, 2019, with the most significant update of the lot being for the 2020 model you see here – but the same basic underpinnings have remained steadfastly identical.

But with a new decade comes a new lease on life for the ageing SUV, as there’s more to this revision than some new bumper designs. A brand-new, and very overdue, infotainment system, the introduction of a larger range-topping petrol engine, and the culling of any diesel and all-wheel drive variants mean that Mitsubishi clearly isn’t afraid to keep evolving this model, rather than simply sticking purely with what’s been working for ages now.

I say that because, despite its age, the ASX, as was recently revealed in the end-of-year sales statistics for 2019 from the Australian Federal Chamber of Automotive Industries, is still the best-selling small SUV and third-best selling SUV overall in the country. And given that this is one of the most competitive and market segments densely populated with younger, fitter models from a whole range of brands, it does rather beg the question of why.

Thankfully, I had time on my side when it came to figuring this out as Mitsubishi was kind enough to lend me this range-topping Exceed model for the best part of three weeks over the Christmas and New Years holidays to really get to know it, including taking it for a bit of a road trip to the lovely seaside town of Robe in South Australia, which is around a 3.5 hour (330km) drive from Adelaide and was the shoot location for the photos you see here.

That’s why – even though the Exceed does come with a lot of fruity goods including TomTom satellite navigation, heated leather seats with power adjustment for the driver, a fixed panoramic sunroof, orange ambient interior lighting, and a Rockford Fosgate sound system with an absolutely bangin’ P-plater spec subwoofer in the boot (yes, seriously) – I personally think there’s better value to be seen elsewhere in the range, as nice as this model is.

Primarily, it’s because the ASX’s cut-price origins do still shine through here. Sure, you can wrap the seats and steering wheel in leather which is all well and good, but the array of interior plastics across the dashboard and door cards is not only a mixed bag, but is a genuinely confusing mix of totally different coloured and texture plastics right next to each other. Things such as dual-zone climate control and even a digital speedometer are also absent, too.

That’s why I think it’s better to measure your expectations and shop lower in the range, where judging by the spec sheet, the LS model with all the necessary fixin’s – apart from the Exceed-exclusive sat nav, although all models do have Apple CarPlay and Android Auto to make up for it – but none of the gimmicks looks to be the best value-for-money bet that I can see in the range.

But for those wanting the higher-spec’d interior – and let’s be honest, it might be silly, but the teenager inside all of us really wants it just for that impressive stereo alone – it certainly has its merits. While not the most heavily-bolstered seats you’ll come across, the leather pews in it certainly are comfortable and the front row heating is nice to have on chilly mornings. The big sunroof really opens this interior up as well, and the sat nav proves invaluable driving through areas where poor reception would render your phone’s mirrored navigation useless, too.

On the topic of infotainment, the new system is a big step up from the old unit, with its matte-finished screen proving fairly fingerprint-resistant and the large icons on its menus making it fairly easy to navigate. It might not be the most advanced system out there, but it certainly is decent.

There’s plenty of headroom and legroom for both front and rear-seat passengers, and it’s easy to get comfortable behind the wheel with plenty of adjustment to the seat and steering wheel itself, and most of the controls fall fairly easily to hand, with only the low centre console and stubby shift lever presenting any ergonomic issues. Overall then, it’s not too bad inside, but there are areas that its age and low price point definitely rear their heads.

The real drawcard of the Exceed, however, is when it comes to its new engine. While the same 2.0-litre naturally aspirated four-cylinder with 110kW and 197Nm that has been available since launch still features in the ES, LS, and MR grades, the Exceed and sporty GSR that sits below it features a larger 2.4-litre unit – the 4B12 also seen in the 2008-2013 Lancer Aspire – making a more potent 123kW and 222Nm.

For this engine, a CVT automatic and front-wheel drive is the only option you have, although it is worth noting that while the GSR has a simulated manual mode with column-mounted paddle shifters, the Exceed here has no manual mode at all, but rather Drive Sport and Low modes.

With both engines being fairly closely-related, the only real difference in feeling between them is that little bit of extra power the 2.4 brings to the table, and although this thing is no real powerhouse, it does have enough motivation to keep the typical customer base for this car happy. Most overtaking manoeuvres on the sort of country roads I drove it on were trouble-free, although there was the odd moment or two where the feeling of turbocharged effortlessness would have been happily welcomed by me.

Being naturally aspirated, the power it does make all hides up in the higher reaches of the rev range, although the CVT does allow you to get it up there, even if it does drone on when driven hard like this due to the total lack of gear changes.

But also, with both engines being older and incredibly simple – both still even has multi-point fuel injection, although the ‘big block’ still remained fairly fuel efficient at an indicated 8.6L/100km over the course of the 1800km I spent behind the wheel – reliability is a big factor as to why these things find favour with many buyers, as these engines simply do not seem to go wrong.

At lower revs, the engine does remain fairly quiet, and the road and wind noise is kept to an acceptable level as well. Find yourself on some particularly rubbish coarse-chip, however, and the booming subwoofer will no doubt drown it all out anyway.

What I have no complaints about at all is the ride quality which I must say is very impressive. Even on the bumpiest undulating roads I encountered – and encounter them, you will in this part of the world – very few of the nasty hits it took were transferred into the cabin even with the suspension working overtime. No wonder I saw countless other MY20 ASXs on that very drive alone with rental car barcodes and stickers in the rear as it’s the perfect sort of car to hire for a drive like that.

Of course, the softer suspension does lead to it not being the sharpest-handling model in the class, but its handling is acceptable for what it is. Surprisingly, I found it to handle far more confidently than Mitsubishi’s sportier Eclipse Cross – funny, that – but it simply falls in the middle of the pack as far as the rest of the class is concerned, with rivals like the also-popular Mazda CX-3 managing to outclass it when it comes to vehicle dynamics.

But the fact the ASX is more of a class median than an outright star is what I think has ensured its enduring popularity. Enthusiasts – believe it or not, but not everyone wants turbocharged power and handling that’s scalpel sharp. Sometimes, something that is simply average is enough for the average person, and that’s exactly what the appeal is here.

Comfortable, reliable, decently well-equipped, and smartly-priced if you look in the middle of the range, if you look at it in perspective, it’s obvious why people have kept buying these by the boatload for the past decade – because it’s an affordable car that will continue to last all of them for a few decades more.

In a nutshell: While not a car that will give enthusiasts much to shout about, for the average person, the ASX is more than fine, and it proves a surprisingly likeable companion on a long drive like this.

Full Disclosure: The vehicle tested here was provided by Mitsubishi Motors Australia for three weeks with a full tank of fuel. All additional fuel expenses were covered by the author.

Update, 02/03/20: The pricing figures we originally reported for the ASX Exceed tested here, while accurate at the time of the vehicle’s launch, had since been updated and increased slightly just prior to the publication of this article. These figures have now been amended. 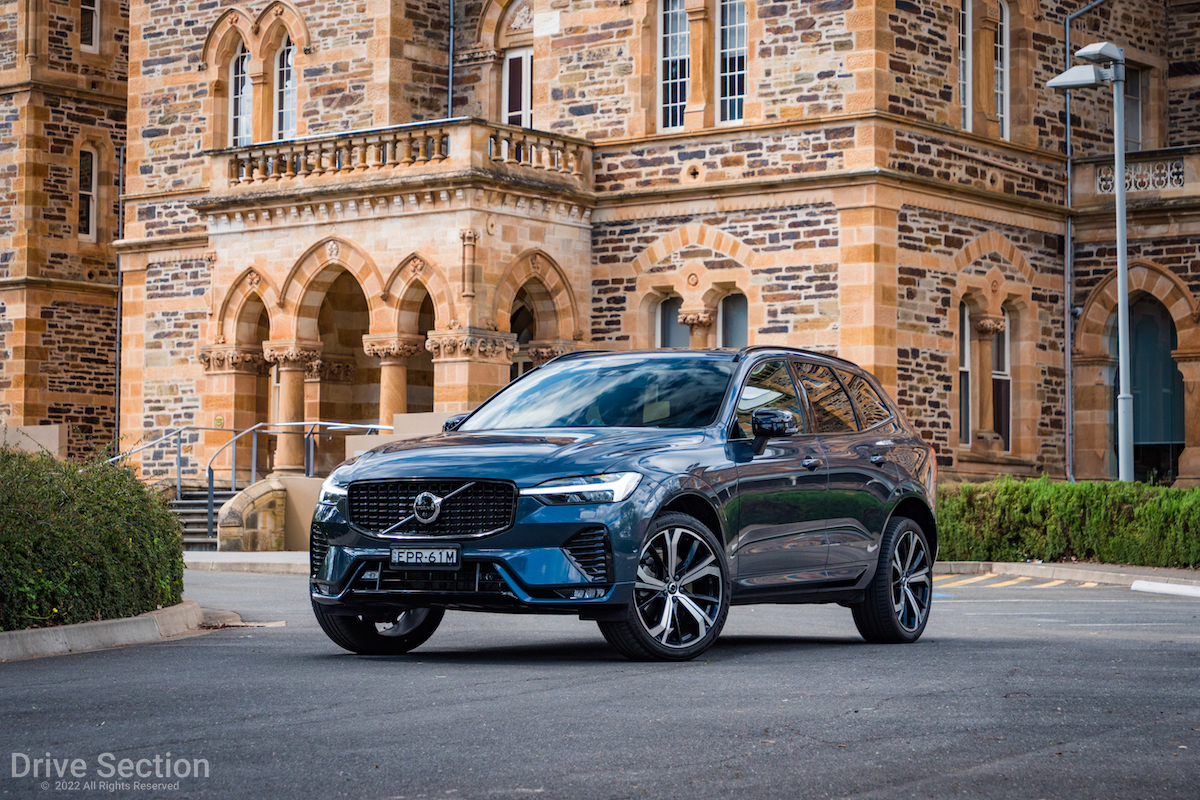