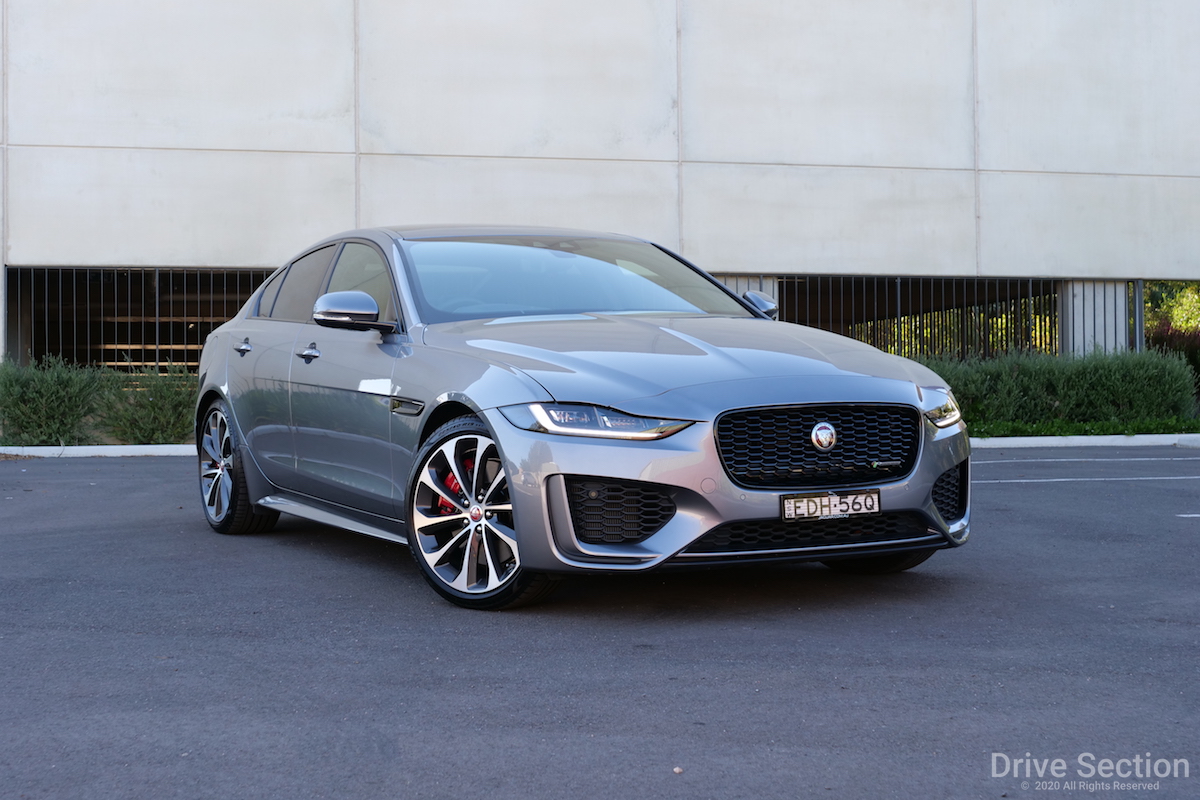 Is a somewhat lacklustre drivetrain enough to mar the solid package the revised Jaguar XE appears to present? We grab the keys to the range-topping HSE R-Dynamic variant to find out.

Since it first launched, the Jaguar XE has long been one of my favourite cars in one of my favourite classes, as it has stood out as perhaps the sportiest of the small and typically rear-wheel drive sports sedans, but while I and many other critics have raved about just how dialled-in a drive it is, its slow sales across its five-year lifespan so far appear to indicate that the buying public doesn’t necessarily agree.

While the BMW 3 Series is still the top-selling darling of the class, and the other established German names still enjoy strong sales success as well, the XE sits alongside other smaller, newer names in this segment that are often overlooked, and in the case of the Jag here, its previously complex and confusing range has been consider by its maker to be a part of its poorer sales, along with reducing profit margins.

As such, the XE range has been paired down significantly from 11 variants to a mere two for the 2020 model year, and that means just one drivetrain and standard fitment of the sporty R-Dynamic appearance package for both variants.

Priced at $71,940 for the range-topping HSE on test here – which with a few options added was still a reasonable-for-the-class $82,320 – the Jag is priced right alongside the class’ best-sellers, and as far as the spec sheet is concerned, it’s got all the right kit to keep it competitive as well.

Many of the features that were previously optional – including, most importantly, active safety tech such as low and high-speed autonomous emergency braking, blind spot monitoring, rear cross-traffic alert, traffic sign recognition, and adaptive cruise control – are all now included as standard on the HSE, while other features including lane keep assist, front and rear parking sensors, Apple CarPlay and Android Auto, DAB+ digital radio, and power-adjustable leather seats are all standard across the range.

A few items first seen on the company’s all-electric I-Pace make an appearance in this zhooshed-up new interior, too, most notably the very clever Touch Pro Duo infotainment system, which not only has two touchscreens but additional screens inside of two dials for the temperature, fan speed, and seat heating. The newer and far clearer digital gauge cluster screen also appears to help propel Jaguar’s infotainment tech forward dramatically, and the very attractive steering wheel has been lifted from the I-Pace, too, while a more traditional gear selector replaces the rotary dial of before to round out the interior changes.

It’s an incredibly nice place to spend time up front, with the swooping semi-circle running around the whole dash from the B-pillar to B-pillar making it feel very cocooning, and only making it feel even more driver focused.

Up front, there’s plenty of room to get comfortable in thanks to its impressive amount of seat and steering wheel adjustment, although the same can’t really be said for the tiny backseat which is one of the more cramped in the class when it comes to fitting adults back there, especially with taller folks in the front.

The interior materials throughout the cabin are most impressive though, with incredibly supple leather adorning most surfaces, along with some sporty patterned metal finishes on the door cards and around the shifter.

Although much of what you see is standard, there were still plenty of additions made to my tester’s interior, including the 16-way adjustable heated leather seats with two-way adjustable headrests and memory function; the sliding panoramic sunroofl a 40/20/40 split-folding rear seat; powered tailgate for the boot which is, unfortunately, on the smaller side; the Premium Upgrade Interior Pack which includes illuminated metal treadplates, metal pedals, and configurable ambient interior lighting; and the Technology Pack that adds a smart rear-view mirror that uses a camera on the roof to provide a much better view, a wireless phone charging pad, and a head up display.

Several visual upgrades to the exterior were also optioned on, too, including the must-have black pack which replaces the normally chrome trim, and red brake calipers and a rear lip spoiler that come as part of the Dynamic Handling Pack which also adds larger 350mm front brakes and the Adaptive Dynamics and Configurable Dynamics systems.

And on the topic of the exterior, I can’t not talk about its F-Type-inspired facelifted looks, as the XE is, quite simply, one of the best-looking cars on sale right now. Sleek and sexy are the first two words that come to mind, and the many heads it turned during my time with it show that I’m not alone in thinking this.

The sole drivetrain now available in the XE, dubbed the P300, marries a 2.0-litre turbocharged four-cylinder engine to an eight-speed automatic from ZF, with rear-wheel drive the only option, as it should be.

Making 221kW (that’s 300 ponies in old money, hence the name) and 400Nm, it’s certainly not lacking in power, even if the doesn’t pack the punch of the old range-topper, the supercharged V6 XE S, which was one of the very best sports sedans I’ve ever had the pleasure of driving. But even still, this slinky cat certainly has a decent bite.

Able to sprint from 0-100km/h in 5.9 seconds, it certainly feels brisk once you wind it up past the initial hint of turbo lag, and it always remains quiet and relaxed regardless of your speed, making it befitting of being fitted to a Jag, even if a turbo four-pot isn’t what you’d call traditional for the brand.

But while it’s a totally capable and decent engine, I do still have some issues with it, the first of which is the very ropey throttle response. Whether in Comfort or Dynamic mode, there was a clear delay between when I pinned the throttle and any progress actually happening. This seems to be an XE-specific problem, however, as the last Jag I tested this engine in, a base F-Type Convertible, it felt far more responsive than this.

Also an XE-specific problem is the atrocious fake engine noise that’s now pumped into the cabin, which sounds much like that which is tackily piped into the pure-electric I-Pace. Unlike in that car, however, I couldn’t find a way to turn it off in the XE, so that was one touch which spoiled the otherwise serene cabin experience.

But one issue that’s common with this engine is its thirst. For a four-pot, I’d certainly hope for a bit better than 10.5L/100km – way off the claimed 6.9L/100km – although that figure only gets worse the heavier the car its fitted to. For comparisons sake, I previously tested a 2018 XE S with the less-stressed V6 as using 11.2L/100km, which is a tiny increase over the P300 unit for a lot more performance.

But the thing that let this car down the most for me was the transmission, which is not what I was expecting to say given it utilises the ZF8HP, one of my favourite autos out there. While Jaguar’s shift programming for this unit has never been as sharp as BMW’s, the gearbox in my tester felt especially off. Whether this car had been beaten up especially hard by other journos it had endured the hands of during the previous 5000km showing on its odometer, I’m not sure, but it was seemingly all over the place.

While totally smooth and refined when driven gently around town, it always seemed to be shifting later than I ever wanted it to when driven spiritedly, forever holding onto gears for much too long, and after really pinning it and letting off the throttle – such as during an overtaking manoeuvre, for instance – it felt a tad clunky when finally upshifting again. Unfortunately, switching to those lovely new paddles didn’t help matters either, as it felt dim-witted and lethargic, always taking a second longer than you’d like for it to finally swap cogs.

As said, I’m minded to think this is an issue specific to this press car and the hard life it has no doubt lived, but I simply have to report on what I had in front of me at the time.

Don’t worry though, potential buyers and JLR PR people, because there is one trait of the XE’s that I will hail to be truly class-leading in my eyes, and that is its chassis. While plenty of sports sedans out there at the moment such as the excellent new BMW 3 Series and Genesis G70 feel particularly sharp to drive, the XE truly stands out as probably the most driver-focused in the class. From the tight and responsive steering to the incredible poise and balance it displays through the bends, it’s every bit a driver’s car in the handling department.

Thanks to a tight limited-slip differential that you can really feel the tightness of, it’s an incredibly easy car to slide, with its electronic nannies allowing for the perfect amount of natural slip in Dynamic mode, making it feel truly exhilarating while also easily controlled.

Yet while it feels as though it can corner harder than just about anything else in the class, it still remains incredibly quiet, comfortable, and totally pleasant inside the cabin. Sure, the ride is a little on the sportier side, as is the case with nearly all its rivals, but that touch of firmness only helps it feel more connected to the road.

It’s a shame the XE S is no more, as I really do think it was a better car with the V6 – more responsive, more emotive, and better-sounding, even if it was a little nose-heavy – but in the dynamics department, at least, it feels just as involving and responsive.

Given the way the average person would drive one of these, however, I doubt you’ll really encounter the same pitfalls of the XE’s drivetrain that someone like myself did, and if looks are more what you’re concerned with than having the perfect gearbox, the XE is a clear winner in that regard.

It honestly looks a good bet, the XE, assuming I just got unlucky with a punished transmission in this particular car, and I think that its looks and dynamics have a better chance than ever of winning over buyers looking for something with a different, special flair.

In a nutshell: Unless you were set on your XE having a supercharged V6 heart, there’s been no better time to buy one than now. And buy one, you should, as the XE stands out as one of the very best to drive in the class.

Full Disclosure: The vehicle tested here was provided by Jaguar Land Rover Australia for a week with a full tank of fuel. Additionally, our good friends at MPF Detailing gave it a complimentary express detail for us prior to our photoshoot. 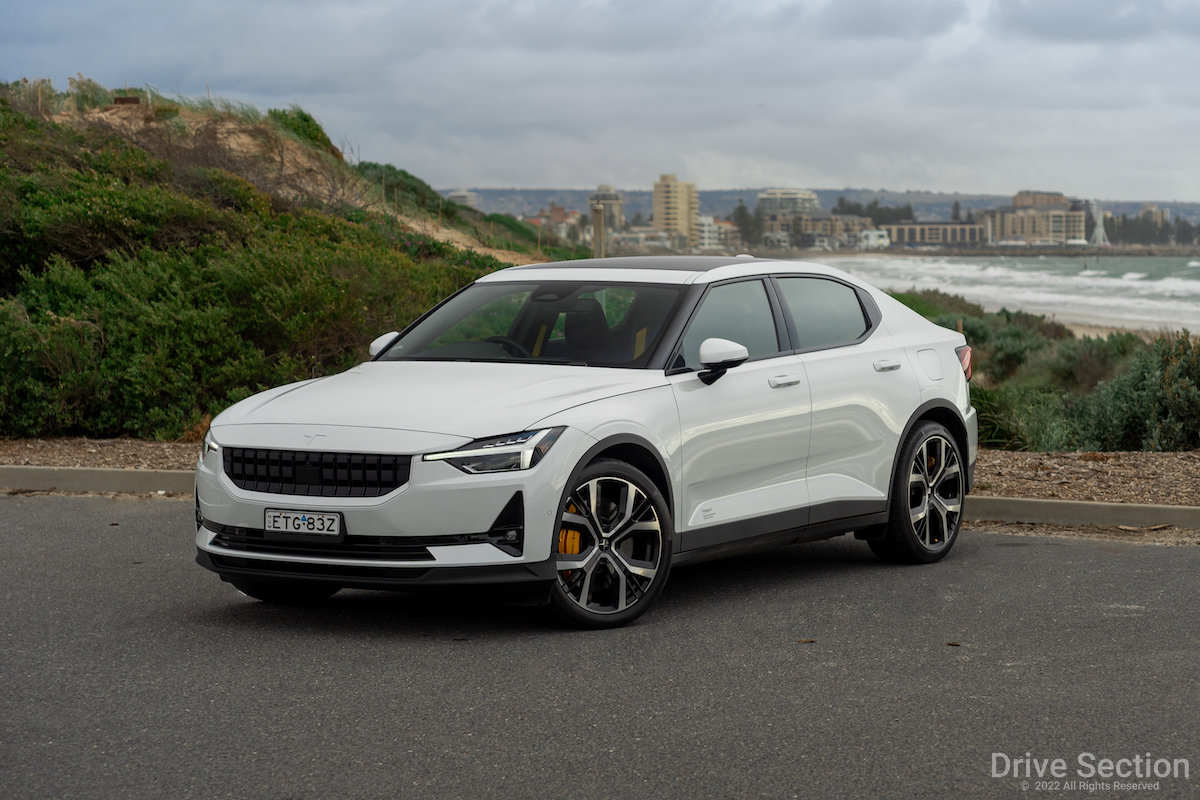 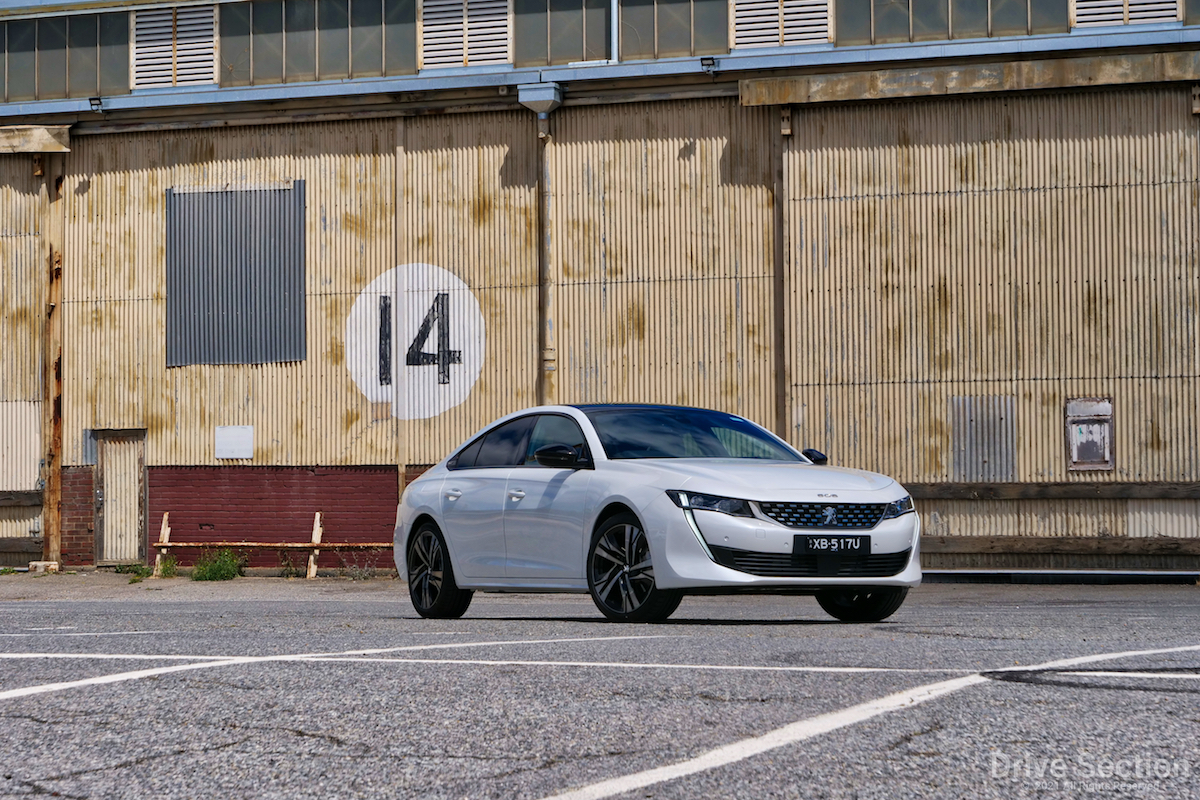