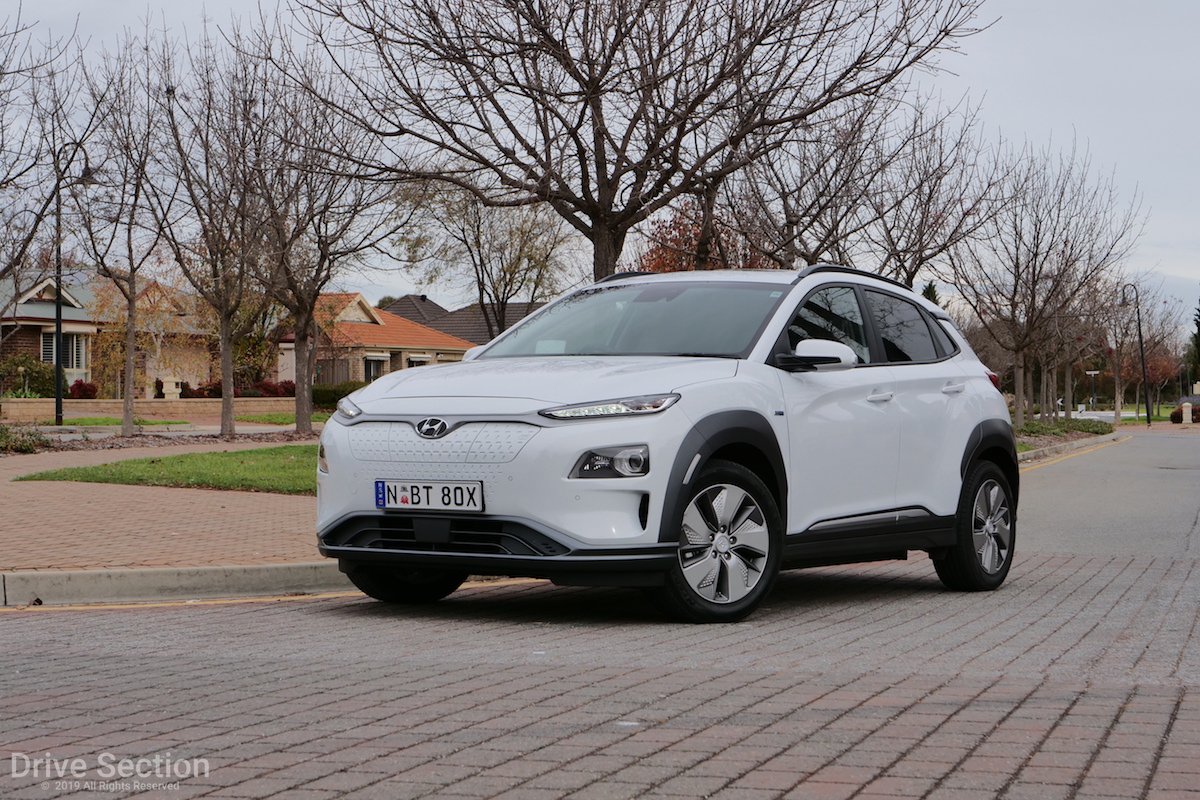 Hyundai's all-electric Kona offers a serious amount of tailpipe emission-free motoring for the money, and a range that's usable for those living further afield.

While battery electric vehicles have existed since the dawn of the motor car, it hasn’t really been until the past couple of decades that they’ve born any real relevance, and it’s only been in the past year that an electric car with a usable range at the right price point truly became available.

That car was the Hyundai Ioniq – currently the cheapest EV you can buy in Australia right now – and it was impressive to see that a brand that had only really established itself as a serious player in the market within the last decade or so was able to put out such a forward-thinking car, and that they were able to do it for the $44k price tag.

But with range still a potential concern for those planning on driving further than the hills and back with just 230km to play with per charge, Hyundai needed to be quick in bringing out a more powerful companion car that needed to offer a bigger battery, and was preferably an on-trend small SUV. Cue the Hyundai Kona Electric you see here in range-topping Highlander trim, which is, perhaps, the most impressive EV I’ve driven to date, all things considered.

Now, when I say it’s probably the most impressive I’ve come across, I certainly don’t mean in terms of performance. Sure, it’s no slouch, as I’ll touch on later, but as someone who’s driven a Ludicrous-equipped Tesla Model S and, more recently, the remarkable Jaguar I-Pace, this thing would barely light a match in comparison, let alone set your hair on fire.

What’s really impressive is what’s on offer here for the price – which is a fair $59,990 for the Elite variant, and $64,990 for the Highlander tested here – as like many of Hyundai’s range-toppers, there’s little left off the plate when it comes to this thing.

On the inside, particularly, it packs plenty of kit with heated and cooled faux-leather seats with memory and power adjustment for the driver, a heated steering wheel, electric sunroof, fully digital instrument cluster, head-up display, Infinity sound system, satellite navigation, Apple CarPlay and Android Auto connectivity, and every bit of safety tech imaginable, spare for anything too advanced (and expensive) such as Level 2 autonomous driving.

Compared to the regular petrol-powered Kona, the dashboard of the electric model is completely unrecognisable – the centre console sits much higher and has a massive storage area underneath due it not requiring a transmission, the traditional shift lever has been replaced with a set of four push-buttons, the switchgear has all been moved around, and there’s a silver finish to the plastics, rather than the traditional black. The climate controls are different, too, primarily because there’s a button to tell it when to heat the cabin as there’s no engine from which to source heat, while there’s a clever driver-only setting for when you’re by yourself to save some range.

The same comfortable seating with plenty of adjustability in the front and a good amount of leg and headroom in the rear does carry over however, and the infotainment system is largely the same, too, spare for the few additional screens to tell you information relating to the electric motor and battery, including range, charge times, and public charging locations.

Also worth noting is that on the Kona’s exterior, a few changes have been made – most notably, removing the unnecessary grille and putting the charge port there, while drag-reducing wheels have also been fitted to improve range. The somewhat alien looks the Kona had to begin with do mean that it didn’t need to be changed too drastically beyond the front bar in order to look somewhat more futuristic.

The front-wheel drive-only Kona Electric has a single electric motor under the bonnet – which, unlike in most EVs, is clearly visible and not thoroughly hidden away – that sends a respectable 150kW and 395Nm directly through a single-speed reduction gear, as a conventional transmission is typically not required in EVs, which makes it good for 0-100km/h in 7.6 seconds.

Powering it is a 64kWh lithium-ion battery pack, which packs enough power for it to cover as far as 449km on a charge – perfect for those who live further from major cities and have a longer commute, like myself. Over the course of 850km behind the wheel of it, I averaged power usage of 15.9kWh/100km, close to the more accurate WLTP standard claim of 15.3kWh/100km, although off the mark of the more optimistic ADR 81/02 standard.

Charging at a rate of 7.2kWh with the optional home charging station, it’ll take around 9.5 hours to fully charge, while a 50kWh fast charger will top it up in just 75 minutes. Charging from a regular wall plug at 2.2kWh like I had to, however, will see it taking around 24 hours.

Like all Australian-delivered Hyundai models, the Kona Electric has a locally-tuned suspension setup, with the company’s Aussie engineers claiming to have gone through 37 different damper designs and six spring and sway bar combinations to arrive at what’s seen here. Also worth noting is that unlike other front-drive Konas, the EV comes with an independent multi-link rear end, rather than a torsion beam.

The excellent work of Hyundai’s engineers can be clearly felt from behind the wheel, as the unique suspension tune, combined with the fatter sidewalls of the low-rolling resistance Nexen tyres, mean that the Kona Electric rides beautifully, absorbing bumps with ease, while not allowing for an excessive amount of body roll through the bends.

With that said, when you are on a twistier bit of road, you do have to fight a bit with the steering wheel if you encounter any mid-corner bumps, and the tyres, while economy-improving, do lack enough grip to really drive this thing particularly hard, with it easy to induce understeer due to them.

With the same amount of power on tap as an i30 N Line and two-thirds more torque, it feels particularly punchy when you put your foot into it, particularly off the line due to its peak power outputs being available instantly. Certainly, it feels pokier than the performance figures imply – at least at first, because you will notice the power start to taper off once you get closer to hitting triple-digit speeds.

Regardless, it feels engaging to drive, particularly as you’re given plenty of control over different aspects of the electric drivetrain. The throttle and steering programming of the different drive modes can clearly be felt at the hit of a button, while the paddles on the back of the steering wheel have been repurposed to control the three different regenerative braking levels, with the most ferocious of the three largely eliminating the need to hit the brakes until you’re back to a crawl.

Of course, giving it the beans all the time will reduce your range very quickly, but surprisingly not quite as much as just running the heater, as hitting that one button can cost you around 40km of range, which was the main thing I had to contend with during the very chilly week I spent with it.

Regardless, there’s honestly little to criticise the Kona Electric for as it is, quite simply, a brilliant little car. The price feels quite fair, the range is very usable, it’s feature packed, and it’s great to drive.

It should be good to own, too, given it’s covered by a five year unlimited kilometre warranty, along with an additional 8 year/160,000km warranty for the battery pack, while servicing is just $165 a pop ever 12 months/15,000km.

While the Ioniq might present itself as the first viable but affordable fully electric car for city-dwellers, the Kona Electric is the first that makes sense for anyone who lives further afield given just how easily achievable its maximum range is, and it won’t exactly break the bank to buy. And even though there may be other environmental concerns when it comes to the production of EVs, at least you won’t be burning a drop of precious petrol in this thing.

In a nutshell: With it offering easily the best all-electric range for the money, the Kona proves that the future is here today.

Full Disclosure: Hyundai Australia lent us the car tested here for a week and made sure it was fully charged when we took delivery. 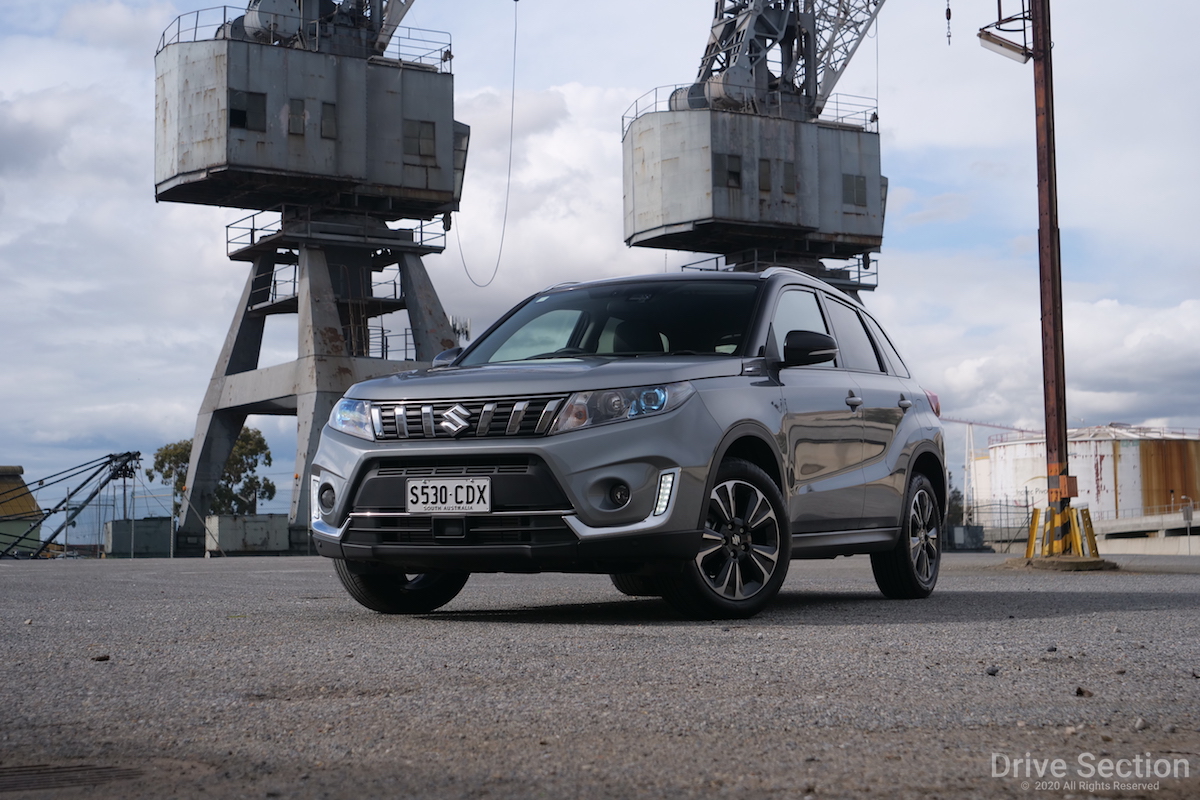 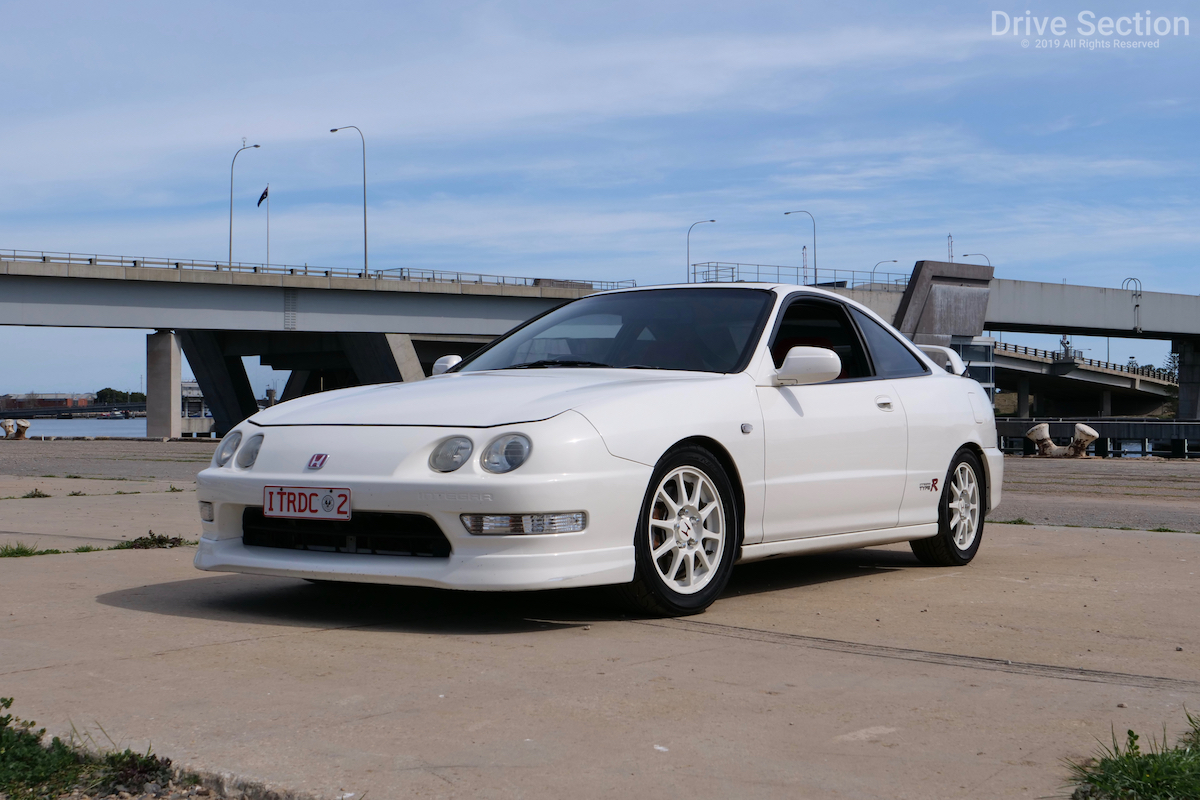