We take the Genesis G80 for a drive through the world-famous Barossa wine region to see if it can still cut it after five hard years with only a new name and a minor facelift to modernise it.

If the Genesis G80 you see here looks a bit familiar, that may be because you know it by another name. Previously sold here from 2014-17 as the Hyundai Genesis, it was a bit of a sales disaster despite being quite a good car, so the South Korean company figured it may have a better chance selling it through its newly-established luxury sub-brand, Genesis.

Earlier this month we took a look at the brand’s first all-new model to hit our shores – the absolutely brilliant G70, the marque’s only other model here as the G90 is only sold in left-hand drive markets – which left us very impressed, but with more modern underpinnings and a newer, more powerful engine, it’s only natural to have expected it to.

With the G80, however, little has changed other than the badge, name, a few changes to the looks – mainly on the Sport Design models like you see tested here – and a new electronic gear selector with a full overhaul not slated until next year after the turn of the decade. So just how does this relative old-timer fare against it’s younger, leaner competition?

In the looks department, at least, which is the first thing you’ll notice, I think it still stands up rather well. Finished in this fabulous Forest Green Metallic, it looks sleek but also rather aggressive given the gunmetal grey wheels and dark chrome highlights around the place.

Speaking of the wheels, I must say I’m a big fan of them, including even the faux-centre-locking-style centre caps, as I think they look rather fitting with the rest of the car’s sporty looks. The big mesh grille and rear diffuser with big twin oval tips all tie in well, too. Park this thing at the golf course and it won’t look out of place one bit, especially given that’s where I expect most will end up.

While it’s still a definite head-turner outside, it does start to show quite a few signs of its age on the inside – especially on the technology front, as this is where it’s outclassed most.

Now, certainly, it’s an incredibly lovely place to be given how roomy it is – especially in the very commodious reclinable rear seats – and how nice all of the materials are with a good mix of grained and perforated leather (the Terracotta Brown trim of our tester is a great choice if you ask me) and suedecloth, and although some items like the steering wheel don’t feel quite as nice and spongey as in the G70, everything is all of a noticeably high quality.

It’s items like the gauge cluster with its tiny centre screen and the seemingly ancient infotainment system that let it down, however, as the rapid advancements in screen tech over the last couple of years leave the G80’s looking like a product of a bygone era. The clunky infotainment system that lacks smartphone connectivity or digital radio is the worst offender of the two, as its aftermarket-sourced sat nav system – the same as what’s in the Isuzu MU-X – just doesn’t feel right in something like this unlike it would in anything cheaper.

It’s very well-equipped otherwise though, with heated and cooled power-operated seats both front and rear, a heated steering wheel, powered rear sunshade, panoramic sunroof, and a host of active safety tech, although lane keep assist is one notable and unfortunate omission there, again owing to the G80’s age. It would be nice to have some rear climate controls, too, given the otherwise fairly extensive functionality provided in the rear.

Owing to the original Hyundai Genesis’ positioning as a chauffer car – heavy discounts were offered to hire car operators, most of whom accounted for its 1200 Australian buyers – the boot is absolutely massive and easily swallows a few suitcases, which is handy if you need to give a friend a lift to the airport as I did during my time with it.

And certainly, as a passenger, the G80 is a great car to be in as you’d likely expect. Whether in the front or back, the experience it offers you as a passenger is relaxing and cosseting. Even on winding backroads, you don’t feel thrown around of beaten up by it, so it’s a big tick in that box from me.

But with this new visually sporty take on it, I did wonder if it would actually be any good from the driver’s seat, as a BMW badge is usually required in order to make for a luxury sedan that doubles as a driver’s car.

On paper, the sole carry-over drivetrain option doesn’t appear to be the most thrilling thing. With a 3.8-litre naturally aspirated V6 that puts out 232kW and 394Nm which is sent to the rear wheels through an eight-speed automatic transmission.

Although it sounds a bit old-school – and actually is a old-school, since this specific Lambda II RS GDi engine has been around since 2012, and the basic design dates back to 2005 – it’s a surprisingly good performer, with great throttle response due to the lack of turbocharging and a smooth and consistent pull through the rev range. Consider, too, that most European rivals only offer a turbo four-pot petrol or diesel at this price point.

The eight-speed auto is par for the course in this segment, and while its shifts in either direction aren’t the quickest, it is smooth and compliant, although it does mean the paddles on the back of the steering wheel – which feel a bit cheap for a car this pricey as they’ve been borrowed from the Kia Sportage – are pretty pointless, especially since there’s no dedicated manual mode meaning it’ll shift back to Drive itself if you don’t shift it often enough.

It’s a shame that the G80 in its current form isn’t offered with the G70’s twin-turbo V6 or the burly 5.0-litre V8 that left-hook models come with as both easily outclass this ageing power plant when it comes to performance. I’d be shocked if the next-gen model didn’t come here with the newer twin-turbo unit, however, which would really make it stand out as a top choice if the price was right.

As it stands, however, the G80 3.8 isn’t the furthest thing from a driver’s car you’ll come across. Sure, it might be built more for comfort, but in the handling department it feels pretty sturdy. Body roll is fairly well-managed, the steering is direct enough, and the responsive engine does mean you can have some fun.

Being rear-wheel drive, it’ll try its best to light up those wide rear Dunlops, too – even with the least powerful engine it’s fitted with. Admittedly, however, you do feel fairly isolated in the cabin, which, while great for relaxed highway cruising, means it can’t hold a candle to something like the BMW 5 Series when it comes to driver engagement. It’s very capable, yes, but not exactly thrilling.

On the drive out to the world-famous Barossa wine region around an hour from Adelaide to capture the shots for this review and to stretch the G80’s legs, it made for a very relaxing car to cruise there in, and with the odd fast bend thrown in here and there between Lyndoch and Tanunda, it felt like the perfect car for this sort of a drive.

So it’s certainly still an objectively good car, the now-G80, but whether it’s worth buying is another question. At $92,900 for the top-of-the-range Ultimate Sport Design tested here, the price is certainly up there, especially when you consider that with on-roads added, it breaks the six-digit mark, but what you’re getting for the cash relative to its European competition does improve its value-for-money proposition.

However, with an all-new model slated for next year and the new haggle-free pricing structure Genesis has implemented in Australia, I’m not exactly sure it’ll be an easier sell right now compared to last time. Regardless, it’s definitely a good car that should manage to appeal to those looking for maximum spec for the money.

Pros: Smooth and quiet drivetrain, well-tuned ride and handling, spacious interior and big boot still perfect for chauffeuring
Cons: Five-year-old design soon to be superseded and showing its age, ancient infotainment system, interior not quite as plush as G70’s

In a nutshell: Given the haggle-free price, it is a little dear, but the G80 is still a very good car despite its ageing roots. The next-gen model, however, should definitely be one to watch.

Full Disclosure: The vehicle tested here was provided by Genesis Motors Australia for a week with a full tank of petrol. All additional fuel expenses were covered by the author. Additionally, our friends at MPF Detailing gave it a complimentary Express Detail prior to our photoshoot. 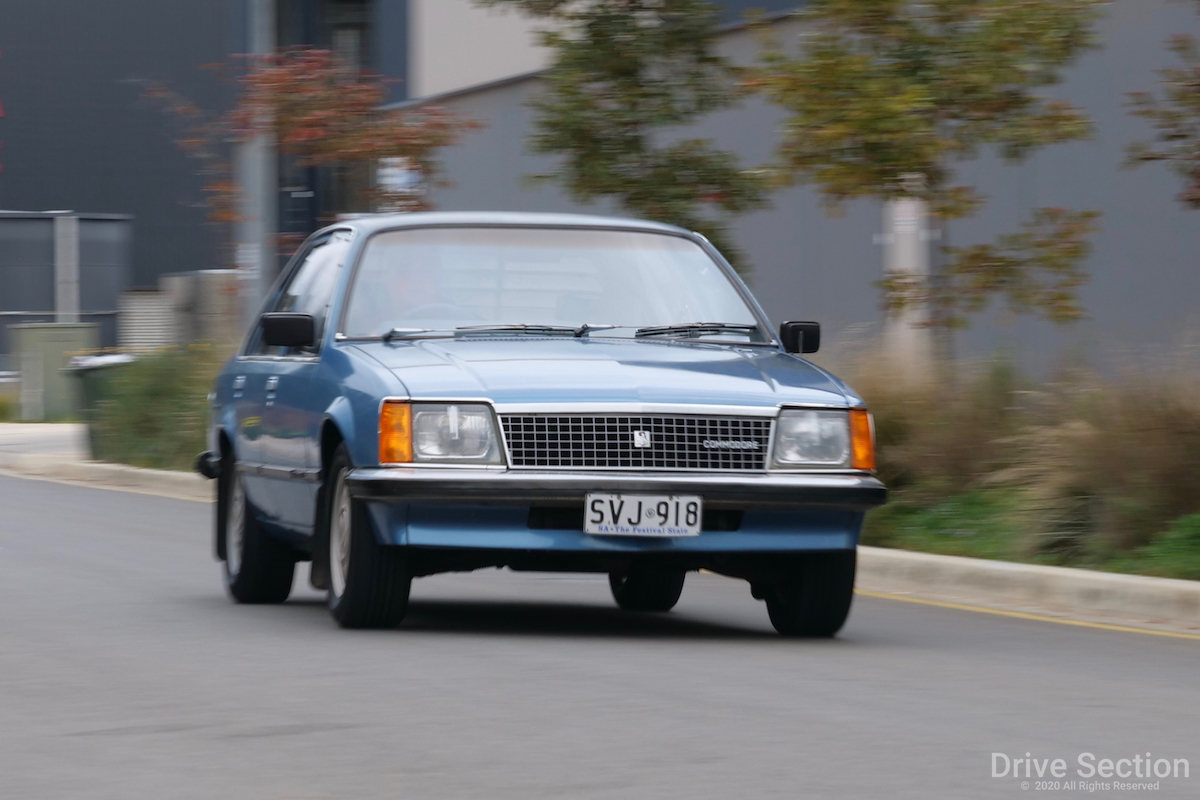 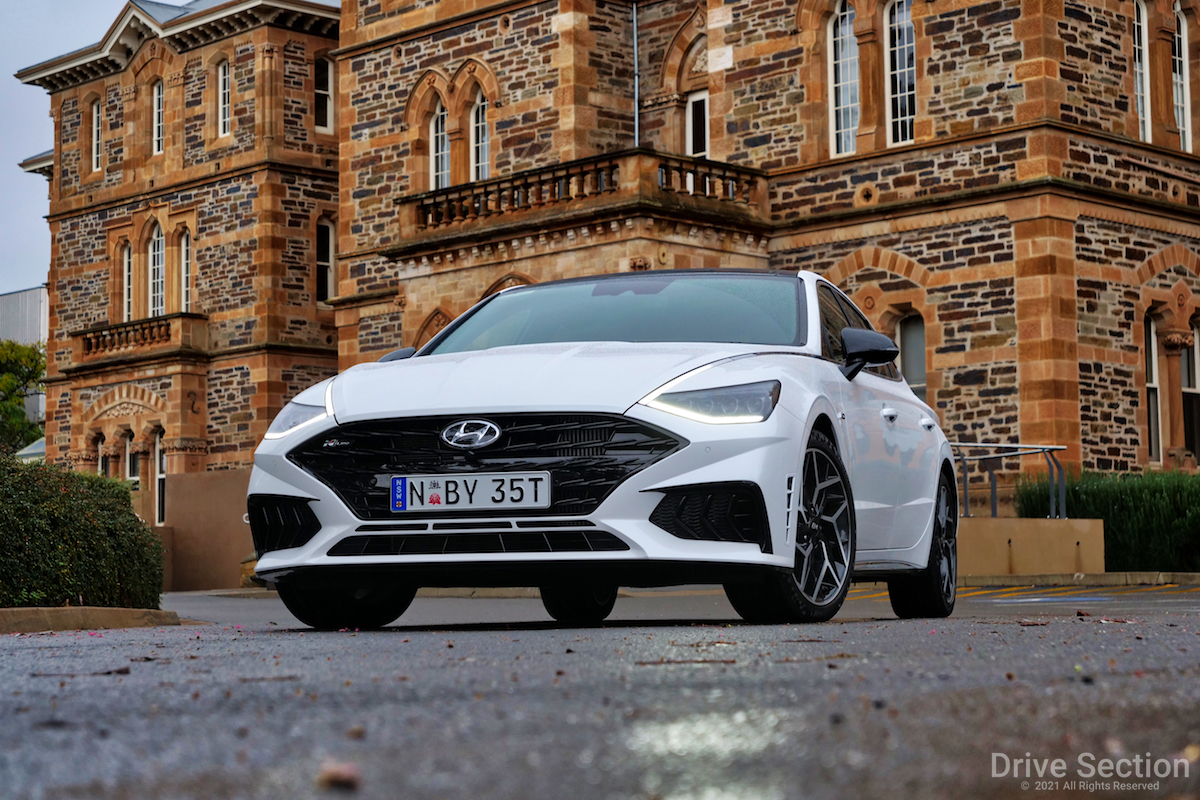