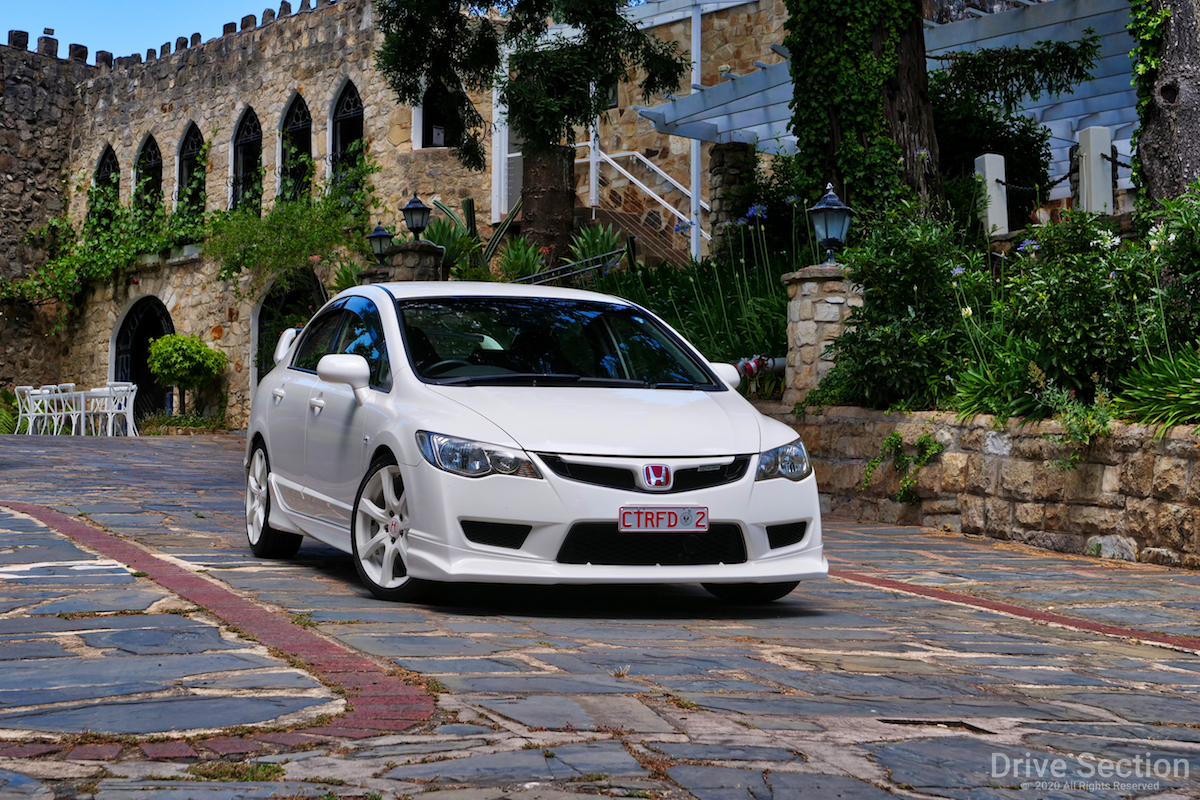 The FD2 Honda Civic Type R is finally legal to import into Australia 13 years after it first launched in its home market of Japan, and we've been able to bring you the first road test of a real one on Aussie tarmac.

It’s been well-known for some time now that many Japanese automakers often like to keep the very best offerings they come up with for themselves at home. While other countries may have to make do with only basic variants, or maybe a watered-down version of a model’s top performer, in many cases the JDM variants are the ones you’ll really want.

The FD2 Honda Civic Type R you see here is a perfect example of this. While here in Australia, we had to make do with the European FN2 Type R hatchback – a hot hatch that was as sharp as a butter knife, and hot as the fresh-from-the-fridge Lurpak you’d be using said knife for – Japan and Malaysia were both lucky enough to receive this thing, the only Type R sedan ever made, and one of the fabled badge’s true benchmarks.

Although when this car first came out back in 2007, it was possible to import the FD2R to places such as the UK, Australia was never so lucky as the sale of the base model Civic sedan here ruled it out from being legal to bring to our shores. That is, until earlier this year when changes were made to Australia’s import rules to help them better cater to enthusiasts.

That meant that, finally, JDM performance rarities such as the second-gen Subaru Forester STI and Mitsubishi Lancer Evo IX Wagon – a car the owner of this Civic also has in their garage, and which I can confirm is as much of a hoot as you think it would be – were finally able to legally be brought to our shores. With the FD2R obtaining a place on the list of approved imports, it now means that many of the mere 13,000 examples produced are starting to flood onto Aussie shores.

And so, around half a year after gaining the tick of approval, I found myself with the keys to what was one of the very first FD2s off the boat. If I’m not mistaken – and do correct me if I am – this is actually the first road test of a real FD2R on Australian roads, so in regards to just how this formerly-forbidden fruit performs on Australia’s truly unique roads that are perfectly exemplified in the Adelaide Hills, my test bed for the day, you’re hearing it here first.

At this point, if you aren’t familiar with the FD2R, you’re probably wondering what the big fuss is about a hopped-up economy car. In this case, it’s that it’s far more than just that – it’s a car re-engineered with surgical levels of attention to detail to create what is, in effect, a track-bred monster in sheep’s clothing.

Swapping out the seam-welded chassis of previous Type Rs for bonded aluminium, it kept the FD2’s kerb weight at a mere 1260kg while improving its structural rigidity by 50 percent compared to the also-Japan-only DC5 Integra Type R.

Compared to the lacklustre Swindon-built FN2 hatch that was sold new Down Under, the differences of the Suzuka-made FD2’s underpinnings don’t just end with its construction, as its drivetrain and, most crucially, suspension setup, were completely different as well.

While the FN2 featured a cheapo torsion beam rear axle that left handling compromised compared to its predecessor, the much-loved EP3 hatch, the FD2 stuck with an independent multi-link rear to ensure it was as balanced as possible.

Under the bonnet, the FD2 stuck with the EP3’s K20A engine – a 2.0-litre naturally aspirated four-cylinder with Honda’s famous ‘iVTEC’ variable valve timing system – as well, but with a number of important changes. Power was bumped to 165kW all the way up at 8000rpm, peak torque rose to 215Nm at 6100rpm, and it revved higher (8600rpm) and got into VTEC earlier (5800rpm) than the old car.

The sole transmission on offer was a close-ratio six-speed manual, with it channeling the power to the front wheels through a helical limited-slip differential.

Australia’s tree-lined roads are not exactly known for their smoothness, with coarse chip surfaces combining with mid-corner bumps from tree roots to create such challenging surfaces that many automakers opt for specific suspension tunes for Australian-delivered cars. Never before, though, have I driven an unmodified car that made them feel quite so bad as the FD2 did.

Between the rock-hard track-focused suspension and its incredibly rigid unibody, there’s no mistaking this for the average daily-driver Civic sedan. The hit from every undulation is passed through the chassis to be absorbed by your backside, and while there’s no doubt that it’s very communicative, it’s also utterly tiring.

Combine this harshness with the 2.0-litre’s total lack of torque in the lower half of the rev range and it must be said that on switchbacks like Lobethal Road it felt like its potential was rather wasted.

Find yourself a road with a smoother surface and some wider and better-cambered turns, though, and you’ll finally start to understand what all the fuss is about. As you finally gain the opportunity to fully open up the taps, the K20A really does come on song once the cam profile changes and it starts to scream into life – the angry four-pot noises only aided on this particular example by the fitment of a GruppeM carbon fibre intake.

The engine’s fly-by-wire throttle, which it must be said feels incredibly twitchy at lower speeds, starts to make a lot more sense the harder you drive it, too, as it allows for good throttle control once you start to master it, and the limited-slip diff really does keep the front-end in check as there’s not a hint of torque steer detectable.

With four-pot duct-cooled Brembo brakes up front that clamp onto 320mm vented discs, the brake pedal feels reassuringly strong as well, and while the clutch feels fairly normal, the shifter feel is particularly impressive, with it slotting confidently and quickly between its six forward ratios.

Without any shadow of a doubt, though, the most impressive thing on offer here is the chassis. Although many consider the DC2 Integra Type R to be among the very best-handling front-wheel drive cars of all time, I’d suggest that’s simply because many haven’t been fortunate enough to get behind the wheel of this relative rarity yet, as it feels far more sure-footed to me.

The Integra’s front end may perhaps be a touch more eager, but the rear tended to get loose and transition towards lift-off oversteer a bit too much for my liking – by comparison, the Civic feels almost every bit as eager, but far more planted at the back, and as a result came across as a more rewarding steer.

At the limit, it felt incredibly controllable with it only showing mere hints of understeer – a lot of which could be chalked up to the tyres, I feel – and it forever remained flat and balanced, allowing you to carry some truly impressive speed through even tighter bends. The hydraulic power steering is perfectly-weighted – a little more towards the heavy side – and informative, too, which only sweetens the feeling of what is already a mighty impressive platform.

If there’s any real let-down to be found when it comes to its performance, it’s the lack of overall grunt. It may sound like you’re moving at a pace, and it’s certainly no slug, but a glance down at the dash-top digital speedo will reveal you’re often 10 or 20 off the speed you think you’re doing in your head. It’s a good thing you can carry so much of that speed through the corners, then, as if you fall out of VTEC it’ll take you longer than expected to build it back up.

Speaking of the speedo, which segues nicely into the Civic’s interior, it’s worth touching on the other paradox that plagues this car – its image, given it’s still a Honda Civic at the end of the day. Admittedly, I actually think the both the FD2 and FN2 are good-lookers, with the spaceship styling doing it for me far more than the OTT fake vents seen on the current model. However, the badge appeal simply won’t be there for most, as Honda Civic doesn’t even have quite the same ring to it as Subaru Impreza, let alone anything European.

Inside, there are some unique touches that I like – the bucket seats clad in
two-tone suedecloth feel supportive yet more accomodating than in some other Type R models, the red carpets add a welcome splash of colour, the steering wheel is nicely sized, the shifter is well located, and the oddball double-stacked gauge clusters are a lot easier to get used to than you might expect.

It is still a 13-year-old Honda Civic at the end of the day, though, meaning
an abundance of hard plastic and an absurdly deep dashboard do let it down somewhat, although you’re only likely to notice this if you find yourself stuck in traffic and stark poking around the relatively sparse cabin out of boredom.

And then there’s the prices people are charging for these cars. While at $25,000 it would feel well-valued, many examples are commanding around $50,000 already, and although this example was obtained for a number roughly in the middle of that range, the hype train has certainly caught up to it at this point and the FK8-rivalling price tag might make some want to think twice.

Between the punishing ride and the terse cockpit, I feel it’s safe to say that the FD2 doesn’t really feel at home on the road. Yes, it might have number plates and a stereo, but it’s easy to tell that this thing would feel most at home on the track where you can really flex its muscle and wind out each gear all the way to that glorious 8600rpm redline without your license being in jeopardy.

In saying that though, if you do manage to find the right road, as I did towards the end of my day with it, you’ll discover that when it does all come together and the mechanical orchestra is all playing in tune and time, it’s unbelievably rewarding. Truly, this car has one of the finest front-drive chassis that I’ve ever encountered, and it’s a car that, ultimately, perfectly embodies what a Type R Honda is all about.

My thanks to @cw.fd2r for allowing me to spend the day with one of the first examples of this car to be brought into Australia. 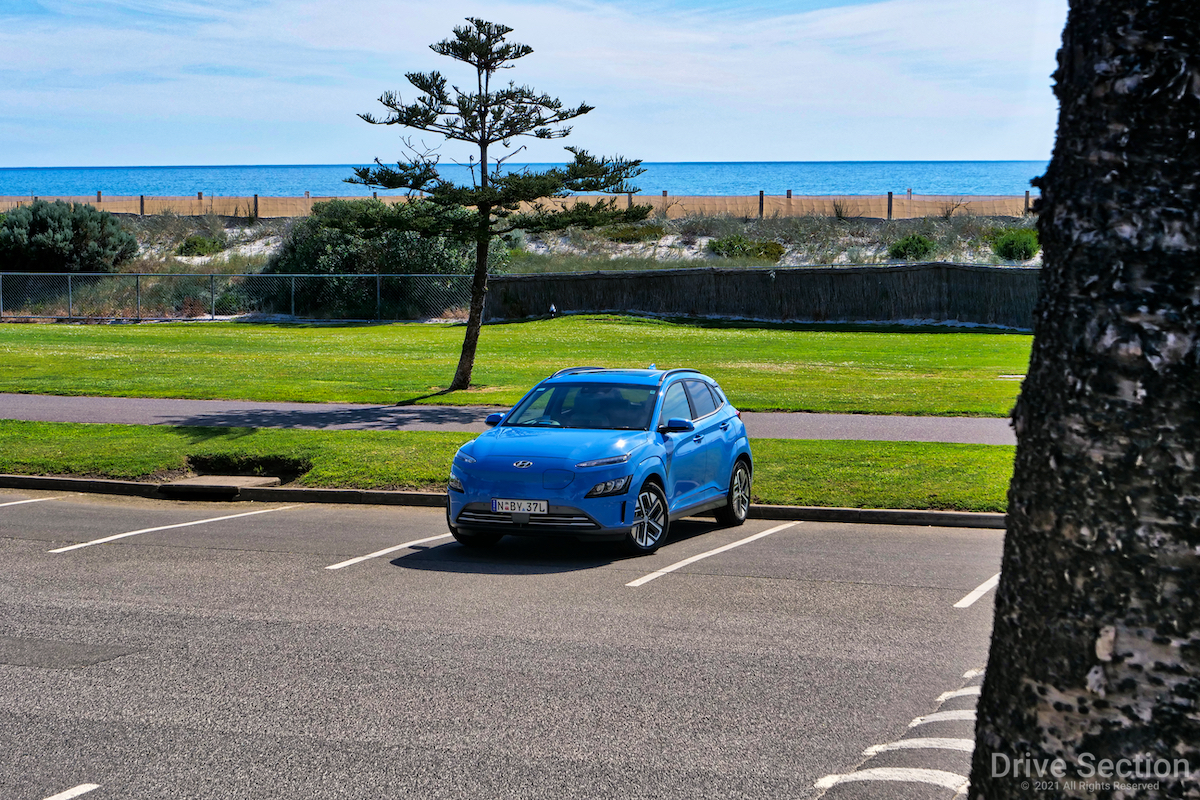 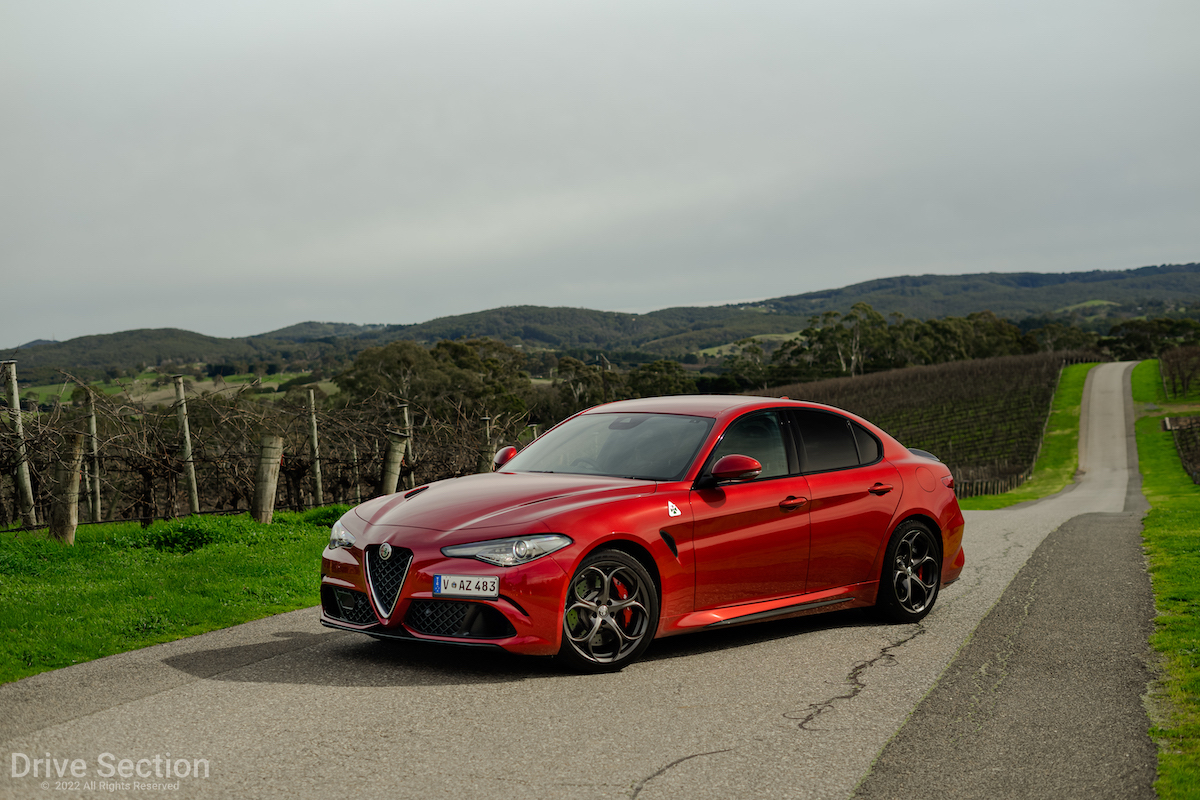