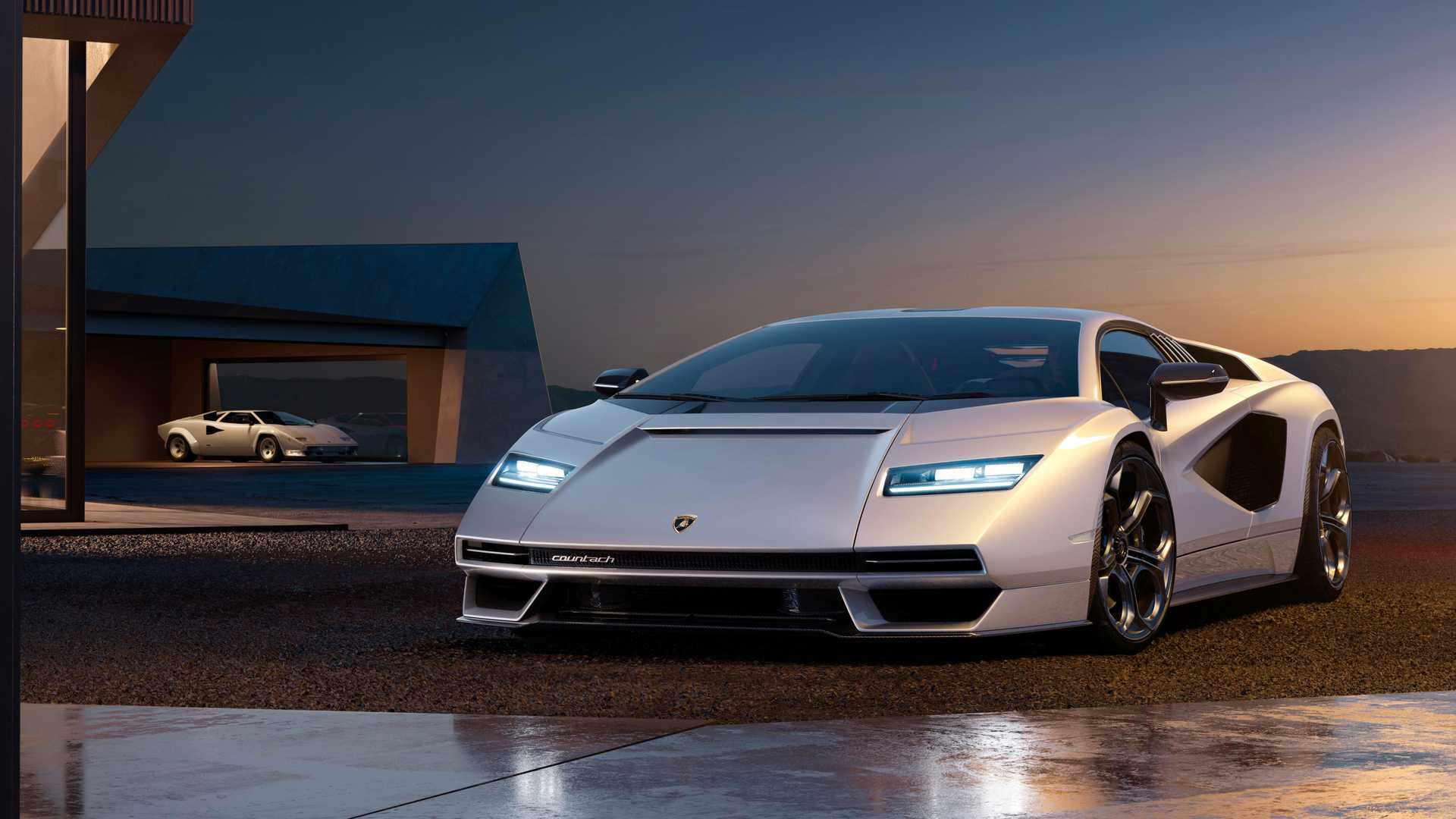 After an early leak that had the internet awash with opinions from fans and the media alike, Lamborghini has now officially revealed the Countach LPI 800-4 to the world.

A striking modern homage to the original Countach – drawing influence from both the early and uncluttered LP 500 prototype and LP 400 production versions, but with a front end reminiscent of the Quattrovalvole – this distinct styling has been draped over the platform of the Sian, Lamborghini’s first hybrid model.

The performance is clearly nothing to scoff at, but it’s the way that the team at Lamborghini Centro Stile have fused elements of the original Marcello Gandini prototype and Paolo Stanzani production car with modern Lambo design language that is the real star of the show here.

From the flattened nose and the headlight design at the front with ducts indicating where the pop-ups would have once been, to the big side intakes, to the taillight profile and exhaust layout at the rear, it doesn’t feel retro for the sake of it and doesn’t look awkward – it’s a genuine homage to Lamborghini’s heritage, but not one that strays from the present-day brand identity.

From how Automobili Lamborghini President and CEO Stephan Winkelmann has put it, it’s clear that the brand had to approach creating a modern Countach in such an evolutionary way – not one that looks too far to the past.

“One of the most important automotive icons, the Countach not only embodies the design and engineering tenet of Lamborghini but represents our philosophy of reinventing boundaries, achieving the unexpected and extraordinary and, most importantly, being the ‘stuff of dreams,'” he says of the original.

“The Countach LPI 800-4 pays homage to this Lamborghini legacy but it is not retrospective: it imagines how the iconic Countach of the 70s and 80s might have evolved into an elite super sports model of this decade.

“It upholds the Lamborghini tradition of looking forward, of exploring new design and technology avenues while celebrating the DNA of our brand. It is a Lamborghini that innately expresses the marque’s enduring and emotive power: always inspirational and thrilling to see, hear and most of all drive.”

Despite being based on the Sian, examples of the Countach LPI 800-4 will actually be more numerous than those of its donor platform. A nod to the original Countach project’s internal development code, 112 examples will be produced in total – still incredibly rare, but more than the 63 examples of the Sian.

Pricing is yet to be officially announced, but it’s expected to be in the AU$3.5-4.0 million region. There’s no word on whether right-hand drive models will be produced, either.

Regardless, it’s hard to deny this as being one of the most striking and beautiful supercars or hypercars to be revealed in some time, and it’s a perfect case study in how to pay homage without spiralling down into a full retro overload.