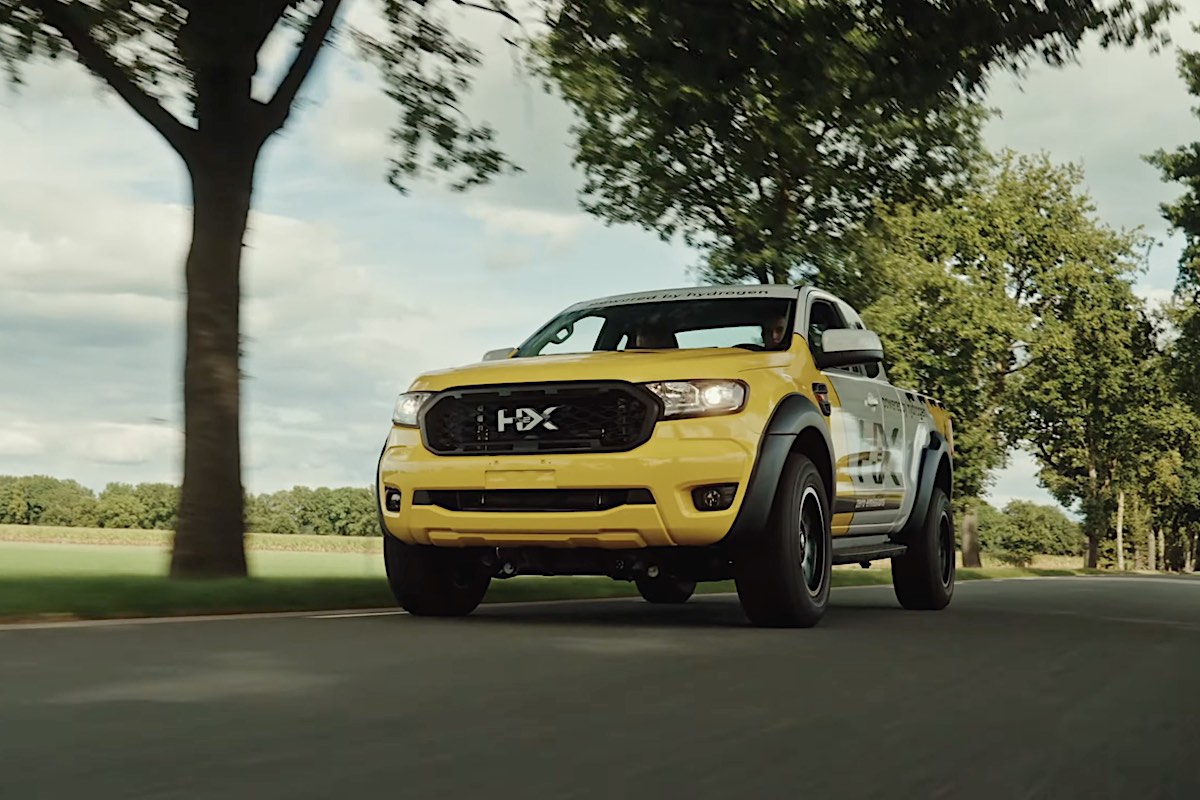 The Ford Ranger-based hydrogen fuel cell ute is gearing up to enter production which will take place right here in Australia.

Australian vehicle manufacturing is poised for a bit of a comeback if H2X Global has anything to say about it, as the Aussie startup has released the first real-world testing footage of its hydrogen fuel cell ute, the Warrego.

Founded by former BMW and Volkswagen executive Brendan Norman, the company made some big claims back in 2020 when it revealed designs for a range of hydrogen vehicles including an SUV, vans, and a tractor.

However, it’s the Warrego which was revealed in September 2021 that’s poised to become the first model from H2X to enter production.

Based on the previous-generation Ford Ranger, the ute is already undergoing testing in the Netherlands in left-hand drive form as part of gaining European certification. Better yet, right-hook testing is soon slated to commence right here in Australia.

Three versions of the H2X Warrego are on the cards, all of which use a hydrogen-electric hybrid drivetrain. The base Warrego 66 will offer 200kW in both rear-wheel drive or four-wheel drive guises, with it utilising the existing Ford Ranger transfer case and driveline. This base variant comes offering a 66kWh hydrogen fuel cell, 60kW super-capacitor battery, and a 6.2kg hydrogen tank to deliver 500km of range.

Stepping up to the mid-spec Warrego 90 sees the addition of standard four-wheel drive, a power boost to 220kW, a 90kWh hydrogen fuel cell, and a 100kW battery. The extra power should help it get from 0-100km/h in a claimed 8.0 seconds – a big jump from the base model’s 11.0-second claim.

Finally, the Warrego 90 XR increases the hydrogen tank’s capacity to 9.3kg, giving it a range of 750km, and the company notes that refuelling it takes just five minutes. Additionally, all Warrego variants claim a payload of 1000kg, along with 2500kg braked towing capacity.

H2X promises a two-year warranty on the Ford Ranger body, along with a four-year warranty on the new hydrogen-fuelled powertrain. It’s also worth noting for those with reservations about hydrogen that it will use 700-bar (10,152 psi) ‘type 4’ hydrogen tanks constructed from advanced polymer and carbon fibre.

The company originally planned to produce its vehicles in Port Kembla, New South Wales, but now has plans in place to produce it at a new facility in Sale, Victoria. European production is also planned as well.

Originally, H2X promised the Warrego would be hitting our roads by April 2022, but CEO Brendan Norman says that global supply chain issues are what has prevented it from entering testing until now.

“It is extremely satisfying that our team now have the Warrego running through the final stages of its engineering, safety, and on-road verification program and production readiness,” said Norman.

“We have indeed had some frustrating delays over the past nine months; however, we are now well on track with our rollout plans. Supply chain issues, which have negatively impacted manufacturing companies worldwide, put us about nine months behind schedule. However, our production and engineering teams have done an amazing job to overcome these problems, and we are now back on schedule.”

While this hydrogen ute looks poised to be an ideal offering for the Australian market, for the company, it serves more as a testbed and proof of concept for its first model designed completely in-house – the Darling. Poised to be offered as both a delivery van and as an MPV, it’s slated to launch in 2024 and is targeted at European cities that are ditching internal combustion engines from as soon as 2025.

Certainly, you’ll be paying a hefty price to be an early adopter with this ute. Reports indicate that the H2X Warrego will start at a whopping $189,000 for the base model, stretching up to $250,000 for the top-spec version.