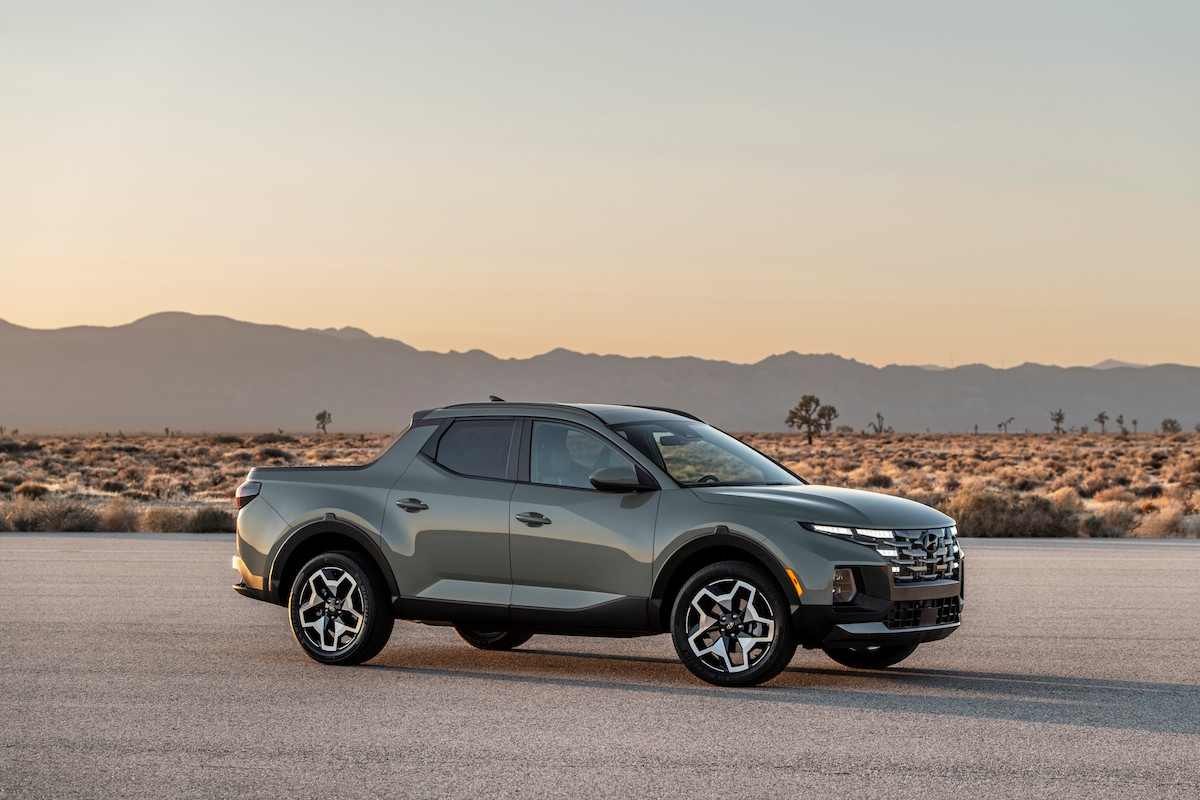 Hyundai has revealed its long-rumoured and much-anticipated 2022 Santa Cruz compact pickup truck for the US market, presenting Hyundai’s first production attempt at building a ute.

Set to be built at Hyundai’s plant in Alabama where it will add 1200 jobs to the US economy, the Santa Cruz will only be built in left-hand drive meaning key pickup markets like Australia, South Africa, and the UK won’t be receiving it; however, it’ll enter production in June ready to hit US dealerships by the Northern Hemisphere summer.

Based on the new Tucson underneath, the Santa Cruz juxtaposes most pickups by being built on a unibody chassis, rather than a ladder frame. However, it does have a competitor in the US market in the similarly-constructed Honda Ridgeline.

However, a look over the spec sheet sees it more so take on the role of a spiritual successor to the Subaru Baja, a turbocharged dual-cab unibody ute based on the third-generation Outback and also limited to the North American market.

Although base model will be offered with a 2.5-litre turbocharged four-cylinder petrol engine making 142kW and 244Nm (190hp and 180lb-ft) paired to an eight-speed torque converter auto, a high-performance model featuring a turbocharged 2.5-litre mill backed by an eight-speed dual-clutch ‘box will offer up a more potent 205kW and 420Nm (275hp and 310lb-ft).

Pitched as being a ‘Sport Adventure Vehicle’, all-wheel drive is standard on all models, too. Towing capacity is rated at just 1588kg (3500lbs) for the atmo 2.5, while turbocharged models are able to tow a more generous 2268kg (5000lbs).

Curiously, Hyundai was keen to point out in its press release that the Santa Cruz is smaller than all of its key rivals – not just the Ridgeline, but the Toyota Tacoma and Nissan Frontier (D40 Navara), too – but its smaller size and lighter weight does lead to increased usability and manoeuvrability in cities, reduced fuel consumption, and increased on-road and off-road performance.

Stylistically, the Santa Cruz largely borrows its front-end design from the Tucson, along with its geometric body lines at the top of the doors, but its rounded, pumped-out arches are designed to show how much wheel articulation is possible. Both 18 and 20-inch alloy wheel designs will be available, and can both be had with all-terrain tyres.

Being a unibody design, the Santa Cruz also features integrated sail planes to present a faster rake that looks sportier, but also adds some torsional rigidity as well.

With Hyundai’s research uncovering that many consumers living in urban environments who enjoy weekend escapes carrying gear that’s better suited to an open bed, rather than the boot of an SUV, the company reckons it’s onto a winner, with Jose Munoz, President and CEO of Hyundai Motor North America, claiming that “our customers will wonder just how they managed before owning one.”

Whether the company will actually have a winner on its hands or not will come down to how well it sells, although coming from ute-loving Australia myself, I’d say it’s got an awful lot of potential.