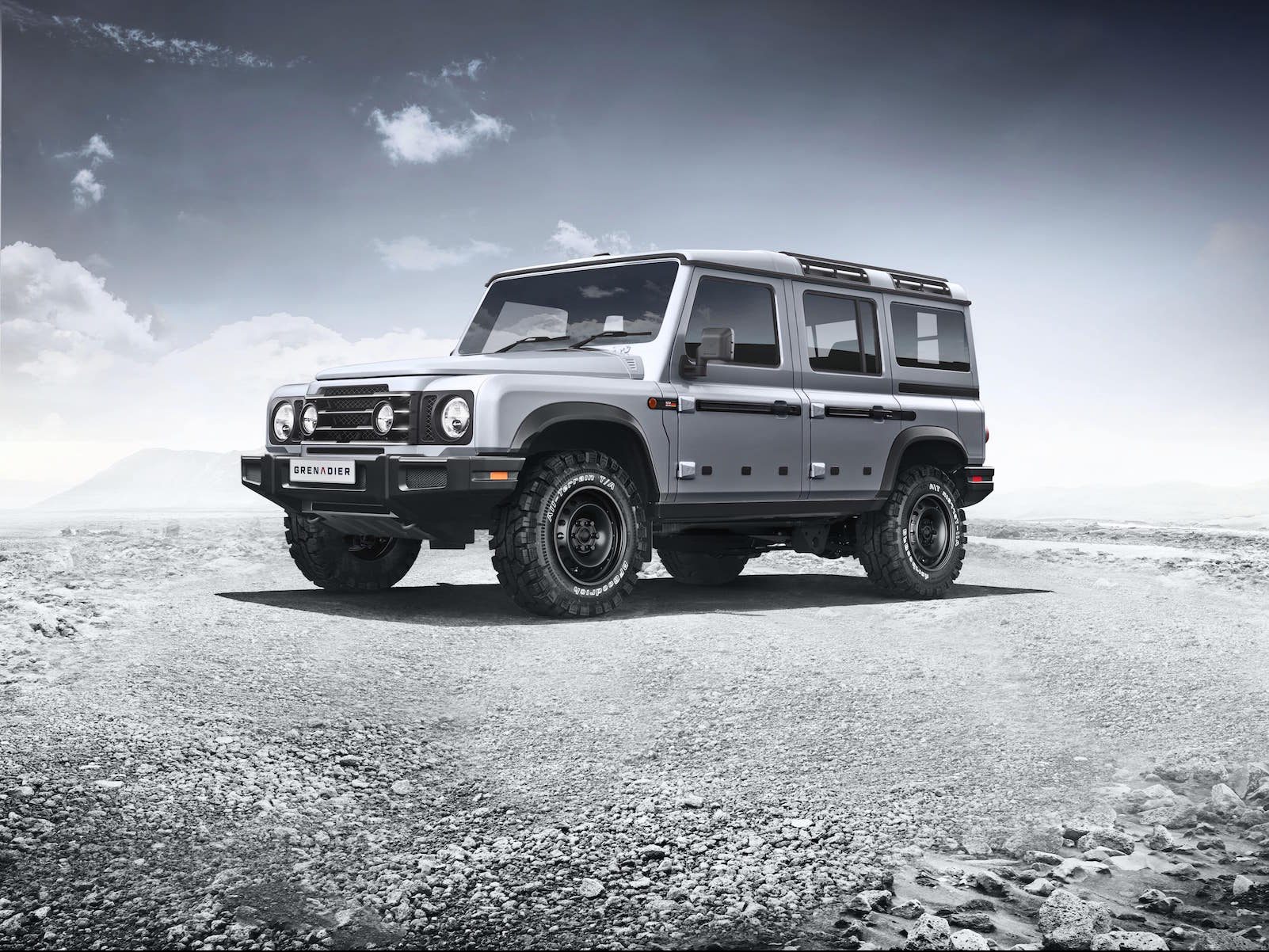 Chemical manufacturing giant Ineos has announced its entry into the car world with the launch of its new automotive subsidiary’s first model, the Grenadier – a hardcore off-roader that essentially picks up where the original Land Rover Defender left off.

This first model from Ineos Automotive – which was formed in 2017 after Ineos Chairman Sir Jim Ratcliffe, a car enthusiast and experienced adventurer, identified a gap in the market for a stripped back, utilitarian, hard-working 4×4 engineered for modern day compliance and reliability – is currently slated to go on sale in Europe towards the end of next year, with an Australasian launch pencilled in for sometime shortly thereafter, meaning we can likely expect to see the Grenadier hitting our shores sometime around late 2021 or early 2022.

Upon launch, the Grenadier will be offered initally with a wagon body style in both long and short wheelbase configurations – however, ute variants are also set to enter production shortly after.

Set to be produced in a purpose-built facility in Wales – with sub-assembly for chassis and bodywork components set to take place in Portugal – the project draws upon the experience of a number of well-known companies and serves up an enticing list of ingredients as a result.

Austrian contract manufacturer Magna Steyr – which produces a variety of well-known models including the likes of the Mercedes-Benz G-Class and the new Toyota Supra – has been signed on by Ineos as the project’s series development partner, with it also in charge of developing the suspension tuning for the Grenadier.

Based upon a ladder-frame chassis from Gestamp, all Grenadier models will sport solid Carraro axles both front and rear with coil springs and a panhard rod. Ineos claims an all-important one-tonne payload and 3.5-tonne towing capacity in spite of the rear coil-springs, too.

Powering the Grenadier will be a range of BMW engines paired to ZF’s eight-speed torque converter automatic transmission and a full-time all-wheel drive system.

Both the ‘B57’ diesel and ‘B58’ petrol 3.0-litre turbocharged straight-six engines seen in the X5 are reportedly set to feature although exact power outputs and specific engine variants are yet to be confirmed.

Visually, the Grenadier has been designed with a ‘form follows function’ ethos, with it being clearly designed to look like a proper 4×4, although Ineos claims it will still meet “the expectations of the 21st century consumer for equipment levels and safety systems.”

Personalisation has also been kept in mind by Ineos when designing the Grenadier, too, with it designed as a blank canvas for modifications and accessories. Special mounting points on the doors for an optional ‘utility belt’ have also been incorporated, allowing for the easy fitment of items like jerry cans.

A variety of exterior wiring points for adding on things like spotlights, roof bars allowing for the easy fitment of roof racks, a rear ladder to help with accessing the roof, front fenders designed to be sat on, and a storage box accessible from outside for putting dirty or smelly gear into also feature.

Although no pictures of the inside of the Grenadier have arisen just yet, it has been confirmed that it will feature a ‘hose out’ interior and rear barn doors for easy boot access on wagon variants. Safari windows also feature as a nod to the Land Rover Defender.

The Grenadier is currently set to enter production in the latter part of 2021, with Ineos’ distribution network for when the model goes on sale shortly thereafter currently in the development phase.

Beyond Europe and Australasia, Africa, the Americas, the Middle East, and South East Asia have also been identified as regions it will also go on sale in, with the UK, USA, Australia, South Africa, and Germany identified as the Grenadier’s key markets.