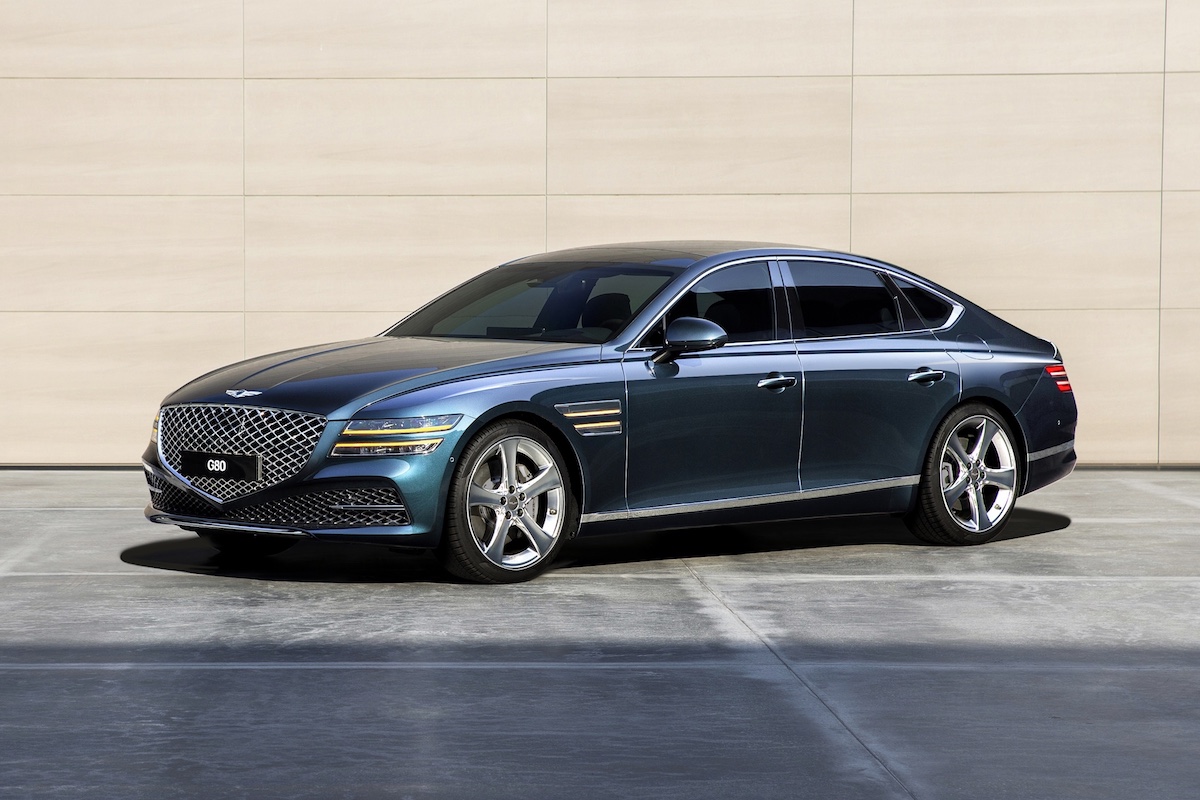 Genesis has revealed its all-new 2021 G80 in an online livestream, with Hyundai’s luxury marque’s middling sedan offering serving up drastically different looks and a fleet of new engines.

Sharing the same basic underpinnings and design language with the GV80 SUV that debuted back in January, the new G80 marks a drastic departure from the outgoing model which first launched back in 2014 as the Hyundai Genesis.

Styling wise, this new G80 adopts the large crest grille and Quad Lamp design that will feature on all future Genesis models, along with sporting a distinct Parabolic Line running from the headlights all the way to the back of the car, with the rear end tapering off to provide a more dramatic and sporty look.

Inside, the sleek and largely button-free design of the GV80 is clearly mirrored, with thin air vents running across the width of the dashboard to separate its two levels.

Atop the dashboard are a slick 12.3-inch fully-digital 3D instrument cluster with a reversed tachometer and a whopping 14.5-inch infotainment display, while below, a JLR-like rotary shift knob and a touch-and-write control pad for the infotainment system feature.

Headroom and legroom have both been improved over the already cavernous outgoing model, with the second-row seat bases having been lowered to allow for extra space while also accomodating its sloping roofline.

NVH levels have also been decreased even further from the fairly serene cabin of the old model thanks to the addition of acoustic glass, improved door seals, increased engine compartment sound insulation, and resonant sound-reducing wheels which will work in conjunction with the Electronically Controlled Suspension with Road Preview to reduce road noise to reduce road noise and improve ride quality.

There’s plenty in the way of advanced safety tech, too, including a world-first Smart Cruise Control with Machine Learning system as also seen on the GV80, along with Highway Driving Assist II, Pre-active Safety Seat, Forward Collision-Avoidance Assist, and Blind-Spot Collision Avoidance Assist.

So far, powertrain details have only been confirmed for South Korea, but in its homeland it will be available with a choice of three engines – a 2.2-litre four-cylinder turbo diesel with 154kW and 441Nm; a 2.5-litre turbocharged four-cylinder petrol engine making 223kW and 421Nm; and the flagship 3.5-litre twin-turbocharged V6 putting out a hefty 279kW and 530Nm.

The all-new G80 goes on sale in its homeland today, March 30, with Australian and North American launches confirmed for sometime in the second half of 2020, with local specifications set to be announced closer to its Aussie launch.