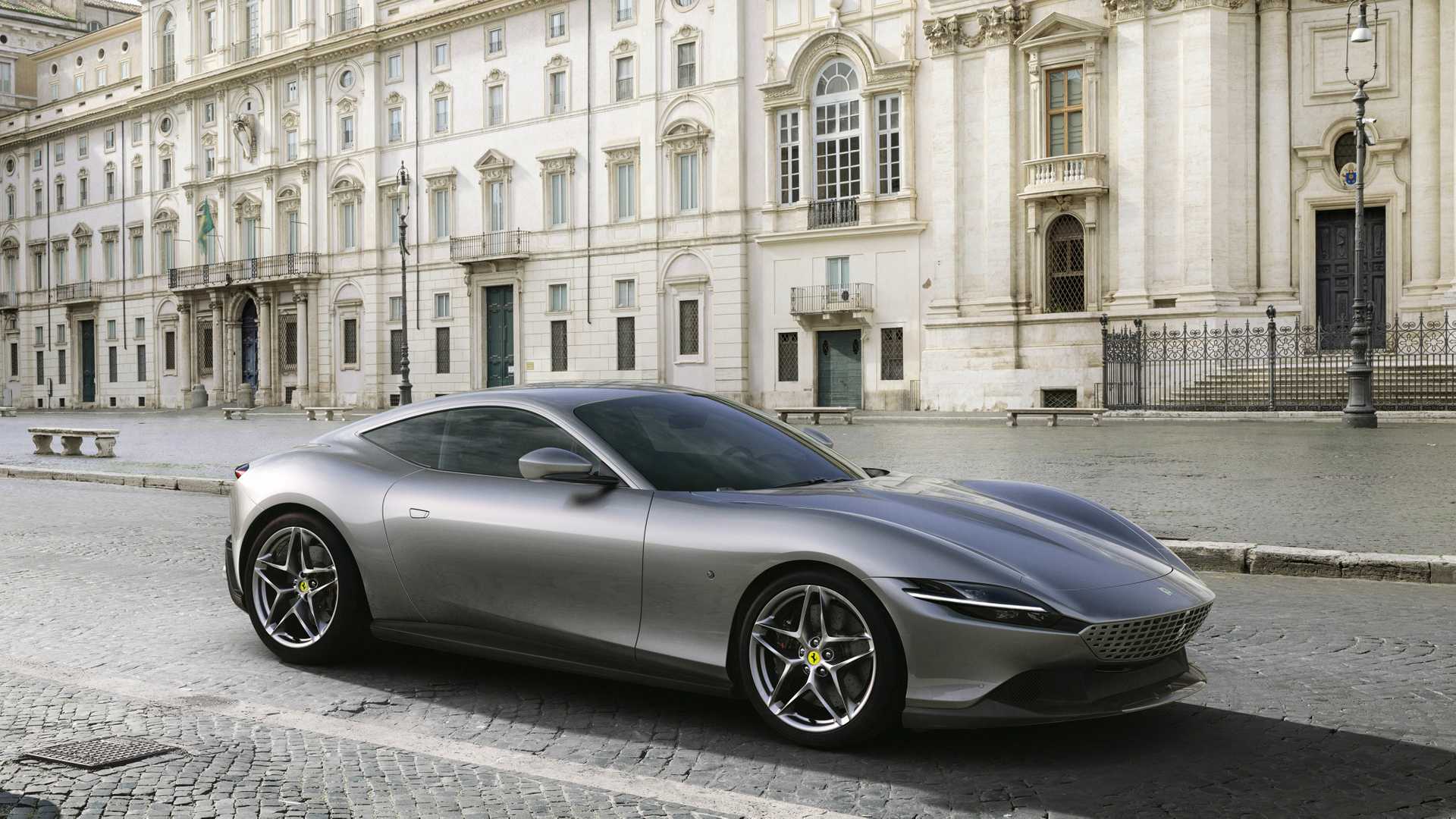 The fifth new Ferrari model this year has broken cover, and it’s one that’s here to do battle with the likes of the Aston Martin Vantage and Mercedes-AMG GT.

Called the Roma – clearly after the city of Rome, but perhaps also after the tomato variety – it’s a front-engined V8 coupe that’s positioned below the company’s bigger Grand Tourer, the GTC4 Lusso shooting brake.

Largely based underneath on the Portofino – although closer in overall size to the 812 Superfast – it shares its wheelbase and 3.9-litre twin-turbo V8 engine with the convertible, but it’s been given some extra zest in the way of an additional 15kW – taking power up to 456kW, while torque remains the same at 760Nm – while the lesser seven-speed transmission has been switched out for a new eight-speed dual-clutch that first debuted in the SF90 Stradale.

This extra power and shorter gearing – combined with the fact it weighs 73kg less than the convertible – means the Roma is able to sprint from 0-100km/h in just 3.4 seconds, while 0-200km/h takes just 9.3 seconds before it storms on to an all-but-confirmed top speed in excess of 320km/h. Not only does that make it quicker than its drop-top sibling, but also comfortably faster than the Vantage.

The Roma’s interior is totally different to the Portofino, too. Called a “2+” layout by Ferrari, the extra missing two on the end we’re led to believe is because the two rear seats – yes, it’s a four-seater – are particularly small, hence why Ferrari isn’t quite prepared to call it a true 2+2. Best only try sitting your kids back there and not bothering with cramming your mates in the back then, it seems. However, these rear seats potentially being optional could also be another reason for the odd designation.

A new fully-digital gauge cluster, portrait-oriented infotainment system, and a touchscreen in front of the passenger also feature in the Roma’s cabin as can be seen in the supplied pictures.

Pricing and a clear timeframe for Australian deliveries are yet to be announced for the Roma, and only the photos included below have currently been released to the media, with more detailed shots still yet to come.

The Roma joins the F8 Tributo, F8 Tributo Spider, 812 GTS, and SF90 Stradale as the new additions to the Ferrari lineup in 2019, with it clearly capping off a busy year for the Italian establishment.