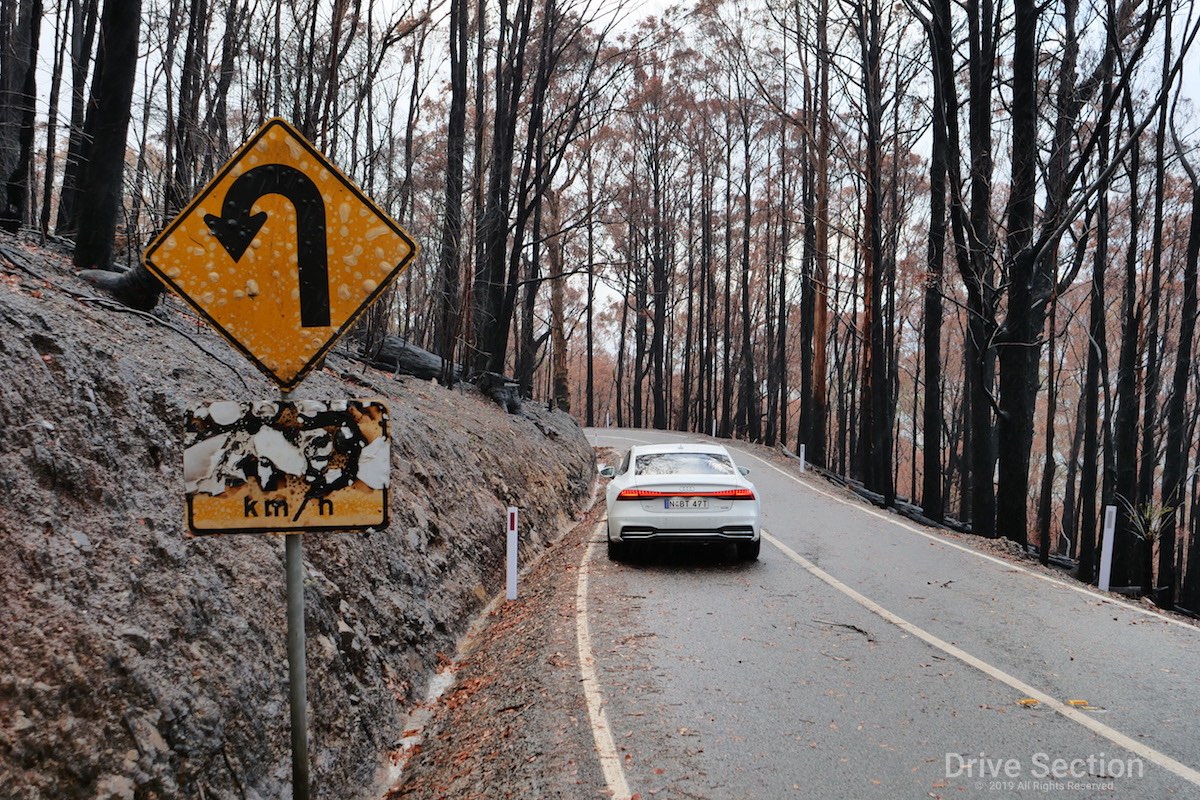 We take the Audi A7 Sportback for a thrash up Reefton Spur to see just how good the roads near Warburton really are.

The place I want to start it all off from is in country Victoria, as while on a recent trip to visit a friend who had recently moved to Melbourne, I took some time out to go exploring out near Warburton, having heard good things about the roads in the area, with one road initially standing out in particular – the C511, also known as Woods Point Road or Reefton Spur.

Obviously I needed a proper car to get the job done with, and I’d managed to nab just that when I borrowed the new – and absolutely stunning – Audi A7 Sportback 55 TFSI quattro.

Now as I really had the A7 to write about it for another publication, I’ll hold off on saying too much about it here, but this is what you need to know: it has a 3.0-litre turbocharged V6 with a mild hybrid system that sends 250kW and 500Nm to all four wheels through a seven-speed dual-clutch transmission and Audi’s famous quattro all-wheel drive system.

Not only is the A7 a gun in a straight line, launching from 0-100km/h in just 5.3 seconds, it’s incredibly sorted in the corners, too, thanks to Audi Australia’s press car being fitted with adaptive air suspension and four-wheel steering. Simply put, it’s a shockingly good car, and the perfect tool for testing out some challenging roads with.

Getting out to the town of Warburton itself – the closest one to the C511 – took the best part of an hour from where I was staying in St Kilda, and was a fairly easy drive along the M3 and past Mount Dandenong. It was certainly a pretty boring trek out there though, thankfully made a bit more interesting by the Audi’s many screens to play around with and its Bang & Olufsen stereo to blast some tunes on.

Once finally hitting the C511, however, all became clear very quickly that this was going to be one very special ribbon of tarmac. The surface, for the most part, is quite good compared to the rubbish roads I’m used to in the Adelaide Hills, with few of the drastic surface changes, low-quality patchwork, and mid-corner bumps and ruts that I’m used to contending with.

The scenery, too, only helps in making it feel more special. If you’re a fan of ferns, there are ferns aplenty in this part of the world, and at times it cam feel like a trek through a prehistoric jungle.

Over the first section of the C511 – that which lies before a necessary turn-off to avoid heading into the Yarra Dam site, which I accidentally did, of course – it gets you warmed up for whats to come with some easier, sweeping corners and longer straights. The 80km/h speed limit feels fairly adequate for the most part, especially the twistier sections, but do be warned that the easy-to-speed-on straights are a real mobile speed camera hotspot. I saw two within just a few kays of each other on the day I was out there.

But while this first section of the C511 is a nice, relaxing cruise, it’s got nothing on what lies past the left hook you make to the second stretch of it. Do you like corners? Of course you do if you’ve read this far, and boy has this road got some. According to one source, as many as 165 in just 18km.

The steep uphill ascent was the perfect place to use all that the Audi’s force-fed V6 had to give, and the soggy roads almost necessitated its quattro all-wheel drive system, which helped it claw along eagerly and without a hint of drama.

Every straight feels to be just the right length to stretch out second gear, before getting on the anchors hard as you reach ninety-degree bend after ninety-degree bend. You’ll want to have good faith in your car, especially in these sorts of conditions, as if you provoke any real understeer you’ll be going off down the side of the mountain given there’s no guard rail, but thankfully the Audi chassis I had under me presented no such problems.

The vast majority of the corners feel as though they’re cambered perfectly, and the way they link together is just marvellously fun. Yes, you’ve got to be on your game, but it’s one very enjoyable drive.

But, suddenly, after a good ten minutes of thrashing, you’ll find yourself reaching a 60km/h zone, and trust me – you’ll want to slow down for this one.

It’s not because it was a speed camera fest like some prior sections of the road, but because the view here is something else entirely. Just earlier this year, a bushfire passed through this area that has totally devastated everything either side of the road, and I do mean everything. Road signs are melted, all the tree trunks are blackened, and there’s barely a hint of greenery in sight, spare the odd fern that managed to survive.

As I hit this section, it felt like a real moment of reflection as it’s important to consider just how catastrophic bushfires can be, as I’m sure all Australians are acutely aware of.

But just when I thought the conditions of the C511 couldn’t get any more wild, I got the shock of my life when I stumbled across a snow-covered landscape as the road finally neared its conclusion.

It wasn’t just a sprinkling, either – while none of it had made it onto the road itself, everything low-lying either side of it was coated in a thick layer of it. As a photo-op, it was properly stunning, and a fitting way to finish off a drive in a car with such storied all-weather rallying history behind it.

So, is Woods Point Road, officially the C511, a road worth going completely out of your way to check out? Absolutely – the scenery is truly jaw-dropping and thought-provoking at times, and the road itself serves up some fantastic corners with which to put your car’s chassis to the test.

For anyone with a day to kill who feels like a trek through the Victorian countryside, it’s definitely worth a look, as are plenty of the other roads in this part of the world, which we’ll be sure to document for you some other time in the near future. 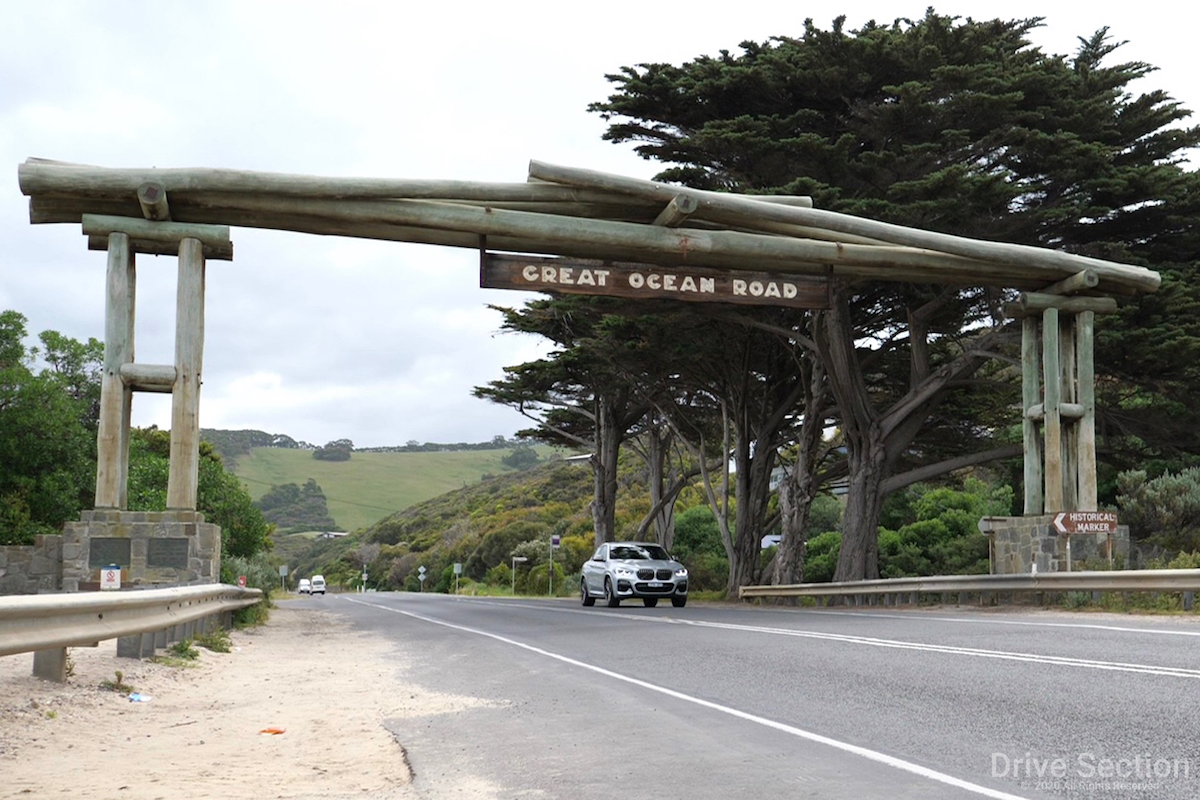 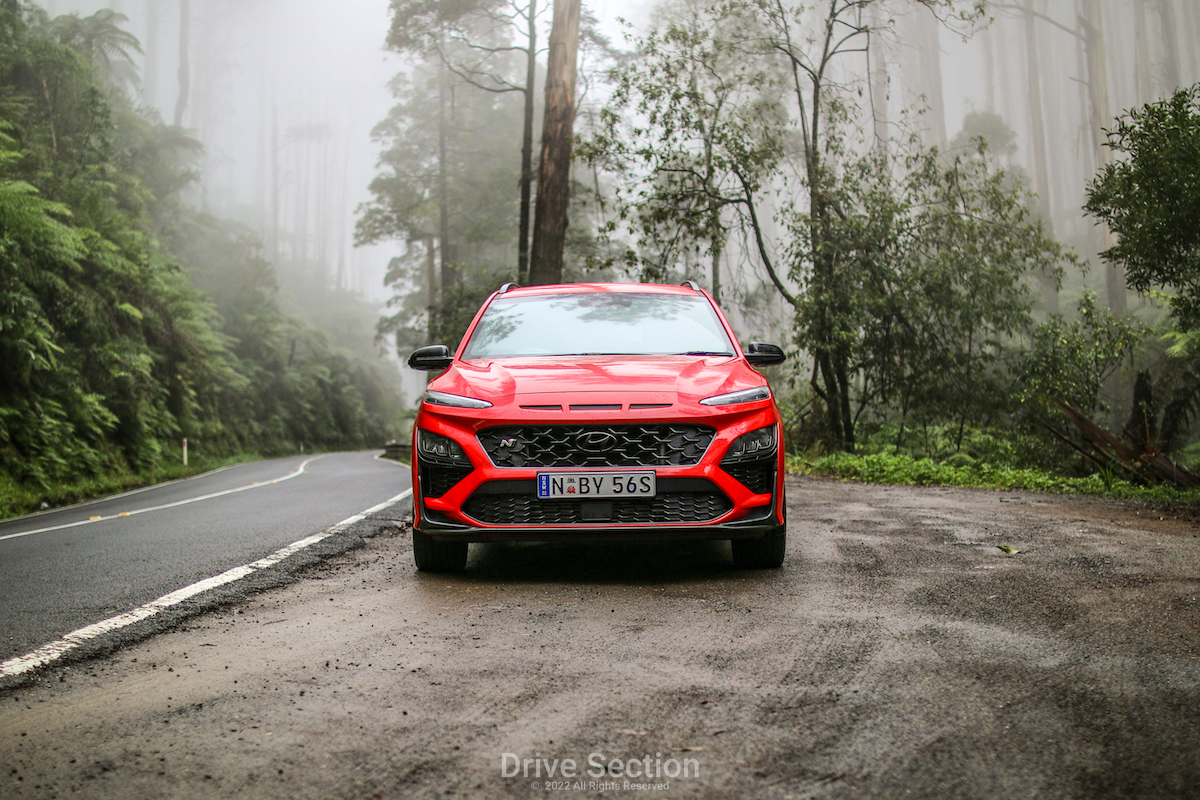